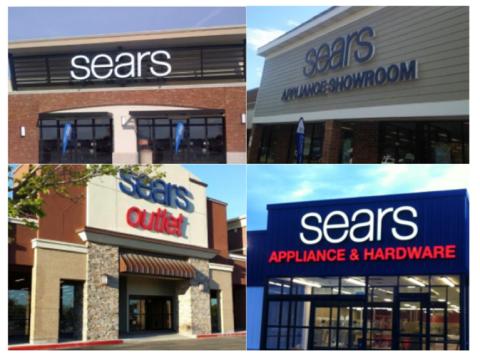 The retailer also posted a net loss of $4.5 million for the third quarter compared to a net loss of nearly $11 million during the same period last year.

The company opened 2 new Outlet locations during the quarter along with 2 new Buddy’s Home Furnishings rent-to-own stores, brining the total to 8 since January 2018.

SearsHometown.com and SearsOutlet.com sales were up 115% and 47% compared to third quarter 2017 and commercial sales increased 26.4%.

But the Hoffman Estates, Ill.-based retailer announced that it plans to close 80 to 100 stores in its Hometown segment during the fourth quarter. The closings are expected to result in a one-time charge between $4.5 million and $6.0 million in the fourth quarter, “but will advance our efforts to reduce the growing losses in our Hometown segment and strengthen our balance sheet,” SHOS said.

The company also reported that in the third quarter of 2018, and until the Sears Holdings Chapter 11 bankruptcy filing, SHOS is continuing its agreement with Sears Holdings. SHOS is paying Sears Holdings's invoices for merchandise and services on accelerated terms in exchange for cash discounts.
Advertisement