PPG reported that an investigation by the U.S. Securities and Exchange Commission (SEC) regarding PPG’s financial reporting for the period of December 2016 through April 2018 has been completed.

Following the closing of the investigation, the Pittsburgh, Pa.-based paint maker will not face any financial penalties.

The SEC acknowledged PPG’s cooperation throughout the investigation along with its remedial actions.

The manufacturer also announced that the U.S. Attorney’s Office for the Western District of Pennsylvania (USAO) has informed PPG that it will not pursue any action. PPG had previously reported and disclosed the existence of the USAO investigation on January 17, 2019.

“We are pleased to have resolved this matter with both the SEC and USAO without any financial or other penalty,” said Michael McGarry, PPG chairman and CEO. “As we move forward, our focus remains on our unwavering adherence to our core standards including financial integrity, which must and will remain a top priority and a focus for all PPG employees.”

Accounting problems resulted in the dismissal of PPG vice president and controller Mark Kelly in May 2018.

In addition, PPG filed its Quarterly Report on Form 10-Q for the quarter ended March 31, 2018, which made PPG current in its filings with the SEC.

“Finally, I want to share my appreciation with all our stakeholders for your patience as we have worked our way through this investigation. We are committed to operating our business with the utmost integrity and transparency and in compliance with all applicable laws and regulations,” McGarry said. 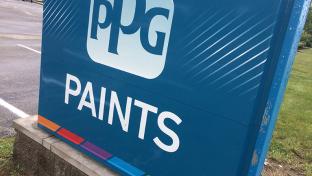