They say you only have one chance to make a first impression. In that spirit, many homeowners are creating unique and elegant front porches in an effort to make a statement about their homes and lifestyles.

Everything from simple turnkey designs to sweeping, sophisticated custom porches with columns, swings, designer railings and other touches are becoming increasingly common in residential neighborhoods. According to research from the National Associates of Home Builders (NAHB), a front porch ranks high on the customer’s wish list.

“There is a definite resurgence in porches in today’s home designs,” said Stephen L. Schoch, AIA, and principal at Kitchen & Associates in Collingswood, N.J. “People may have busy lives, but they love the slowdown feeling that a porch brings to their home. We’ve seen a strong increase during the past decade in homeowners requesting all types of outdoor living extensions: decks, bedroom balconies and especially wrap-around front porches.”

This front porch trend is somewhat regional in nature, according to Steve Roth, research and development manager at Fypon, a manufacturer of decorative urethane millwork that offers balustrade and PVC column wraps in dozens of sizes and styles. He said the architectural style of homes in the South, Midwest and East/Central regions of the United States particularly lend themselves to porches, while the Spanish-style hacienda homes more prevalent in the West do not.

“This is a dream project for homeowners, especially in the southern states where so much of living is outdoors and year-round,” he said. “They can do something as simple as adding column wraps to hide unsightly wooden porch posts or go with a complete addition involving porch posts, balustrade systems and column wraps.”

In addition to building a new porch, many homeowners are choosing to renovate their existing structures. Take Wauseon, Ohio, couple Tina and Brett Mealer, who hired a contractor to transform their bare basic porch into a showpiece. “We had some ugly wooden posts holding up the porch overhang, and the kids kept jumping off the porch area,” said Tina Mealer.

The couple decided to add PVC column wraps to surround the wooden posts and added a Fypon balustrade system to enclose the entire porch area. “We wanted to create more of an enclosure that we could all share together, plus add curb appeal to our home,” she added.

“A lot of people have already done their decks and are looking to further enhance the value and functionality of their home,” said French, who builds between 150 and 200 front porches a year. “Front porches are also a throwback: The homes many people grew up in had a front porch. So it may also be a bit of a nostalgia thing.”

In addition to treated wood, there are a growing number of composite options like Trex, EverGrain, TimberTech, CorrectDeck, MoistureShield, Veranda and Procell. While these synthetic decking materials have the texture of wood, they do not need staining, painting or sealing to maintain a natural look. The composites also get high grades for resistance of water and termites.

Somerville Lumber, a single-location pro dealer in Bridgewater, N.J., has a 1,500-square-foot display area consisting of a large deck made of a variety of materials, including Trex, TimberTech, EverGrain and Trimax, as well as real-wood options. “We’ve even had people ask to put water on some of the products, to see if it’s slippery,” said Tony Loftus, general manager and special products coordinator. “This display has afforded people a genuine opportunity to see what they’re going to end up with at their home.”

The section slowly evolved over the years from a small corner of the store to its current expanded form. As the composite products became more popular, and as the manufacturers have introduced new colors and styles, the decking section has grown to accommodate the market. “We rearranged the entire store,” Loftus said.

French—who still builds wood porches—has also seen an overriding trend toward composite materials. Speaking of one such brand, GeoDeck, he said: “It doesn’t fade or stain, stays cool to the touch and has a hidden fastener system. People are sick and tired of maintenance. They don’t want a part-time job, but they want to enjoy their homes.”

Fypon’s Roth agreed that maintenance-free products such as urethane balustrade systems and PVC column wraps are the overwhelming choice of homeowners, who “tend to want to get their front porches installed and then sit back and enjoy them.”

In addition, Roth says, it’s important for homeowners to be able to customize their porch to complement their personal style, as well as their home’s style. This can mean they want the pure, simple lines of Craftsman style, or the Victorian style with brackets, gingerbread trim and moldings.

“More than just extending their living space, we see that homeowners value the added curb appeal that a front porch brings to a home,” Roth said. “It sets the personality for their home and can add in resale value. Also, in many communities people use the front porch as a way to interact with neighbors.”

The NAHB’s 2002 study “What 21st Century Home Buyers Want,” revealed that a front porch was listed by consumers as the fifth highest preference as a design feature that would influence their purchasing decision of a home. 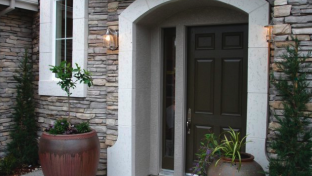 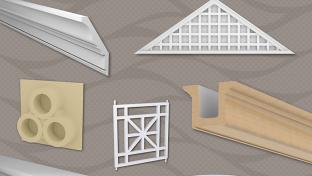 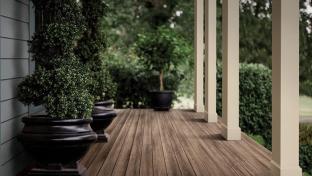