A trio of former lead paint manufacturers have agreed to pay California as part of settlement regarding lead paint and its toxicity in older homes.

Sherwin-Williams, ConAgra Grocery Products Co. and NL Industries have agreed to a $305 million settlement, according to a filing in Santa Clara County Superior Court in California on July 17.

Payments will be made over a six-year period with an initial $75 million payment to be made later this year.

“This landmark settlement will allow thousands of homes to be remediated, and as a result current and future generations of California children will no longer face the threat of lead poisoning,” said James Williams, the counsel representing Santa Clara County.

The agreement dissolves the residential lead paint abatement program that plaintiffs sought from the court and represents a significant reduction in their recovery, according to Sherwin-Williams.

But the Cleveland, Ohio-based paint manufacturer has denied any wrongdoing and has vowed to fight additional litigation concerning lead paint.

“Sherwin-Williams is pleased to have reached an agreement to resolve this litigation, and it will continue to vigorously and aggressively defend against any similar current or future litigation,” Sherwin-Williams said in a prepared statement. 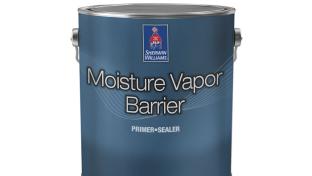