Roofing and building products distributor Beacon announced today that Philip Knisely has been appointed chairman of the board, succeeding Robert Buck.

Buck has retired as chairman but will continue serving as a director.

Knisely has been a Beacon director since October 2015. He is an operating partner at Clayton, Dubilier & Rice, LLC, a private investment firm. He also is chairman of CD&R Hydra Holdings, Inc., the parent entity of SunSource Holdings, Inc. and a privately-held power distribution company. He was formerly the chairman of Roofing Supply Group, LLC, which Beacon acquired in 2015.

Prior to joining CD&R, Knisely spent a decade as executive vice president and corporate officer of Danaher Corporation, where he was responsible for businesses totaling more than $4 billion in sales.

Buck joined Beacon as president and CEO and a director in October 2003 and has been chairman since March 2007. Under Mr. Buck’s leadership, Beacon has grown from a regional distributor with approximately $550 million in revenue in 2003 into a Fortune 500 national leader in building products distribution with over 500 locations across all 50 states and six Canadian provinces and over $7 billion in revenue.

The former chief executive led Beacon through its initial public offering in 2004 and 46 acquisitions, including the transformative, multibillion-dollar acquisitions of Roofing Supply Group and Allied Building Products.

“Bob’s strategic vision, leadership and business acumen have been the driving force behind Beacon’s tremendous growth during his stewardship of the Company,” said new Knisely. “More important, however, are Bob’s integrity, character and personal values which engender deep employee loyalty as well as unmatched respect from investors, analysts, suppliers and customers, all of which have shaped Beacon’s great reputation and enabled Beacon to lead the consolidation of our industry. I am honored to follow in his footsteps, and we are grateful for his continuing commitment to Beacon by remaining a member of our board of directors.”

“It has been a distinct pleasure and a wonderful privilege to serve the employees and the shareholders of Beacon,” Buck said. “The years have passed so quickly. However, I clearly see a very bright future full of opportunities and growth, and Phil is the perfect Chairman to lead the way forward. I know him very well, look forward to working with him this year, and continuing to cheer enthusiastically for him and everyone at Beacon.” 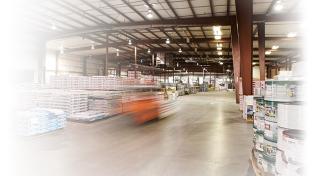