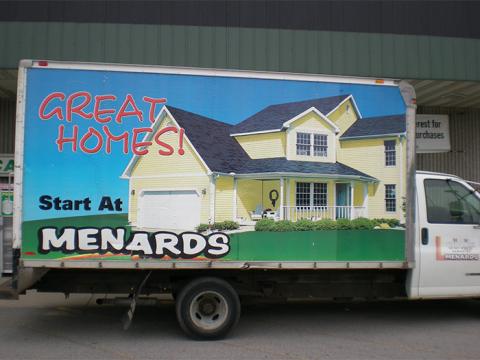 Menards has responded to alleged price gouging on cleaning products and safety masks in Michigan.

In an email to the Detroit Free Press, Menards spokesman Jeff Abbott said, "We are disappointed and are taking this very seriously.”

Michigan Attorney General Dana Nessel sent a cease and desist order to Menards on March 17 and said that the big box home improvement retailer was doubling the price on some products.

Nessel’s office said the retailer was taking advantage of shoppers who were reacting to the coronavirus crisis and, in some instances, had doubled the prices on products.

"Investigators discovered the store last week doubled the price of cleaning products like bleach and significantly raised the price of face masks while tying their purchase to an in-store rebate," Nessel said in a prepared statement.

Abbott also told the Detroit Free Press that it has been "a very chaotic time," but the retailer believed its pricing strategy was “reasonable.”

In a separate email sent to MLive.com, Abbott told the online publication. “We will continue to monitor and adjust prices if the market changes.”

“Our focus right now is to get products to our stores or else none of this would matter anyway,” he added.

Menards has 10 days to respond to the letter or the attorney general’s office will further investigate the matter and potentially take legal action. The office said it had received more than 360 complaints from consumers regarding Menards pricing, with 80% received after 1 p.m. on March 13.

“Big box stores are not immune to the Michigan Consumer Protection Act or the Governor’s Executive Order,” Nessel said. “Large corporations must also play by the rules, and my office will work diligently to ensure this state’s consumers are treated fairly and not abused by businesses seeking to unlawfully jack prices up to line their pockets with profits at the expense of the public during this time of great need.”