Lowe’s recently put out a call to action for associates at the company’s tech center in Charlotte, N.C.

In an email, Lowe’s requested volunteers for a community service project: create face shields with 3D printers for local healthcare workers and first responders who are battling the COVID-19 pandemic.

To get the project underway, Lowe’s purchased 50 Dremel 3D printers and gave them to tech hub associates working at home. The printers were used to create the piece of the face shield that secures the clear visor.

“I immediately responded,” Joe Webb, a Lowe’s senior project manager. “It’s something my family was looking for." Through partnerships with local non-profit organizations, including Digi-Bridge, She Built This City, Central Carolinas Urban League and the CharMeck Library, about 3,000 fully assembled face shields have been donated.

“Our associates are proud to work for an organization that has committed hundreds of millions of dollars,” Alexander said. “But there was still this thought of, ‘What about me? What can I do personally to help out?’”

The project was significant for Webb who has four children. His wife also once worked as an emergency room nurse.

“We are a family that is driven by service, and usually that service involves going out and meeting people and spending time with them,” Webb said. “With social distancing, it’s a different ballgame.” “My kids got really into it from the moment the printer and all the accessories were delivered,” Carmody said. “My fifth-grade twin boys, they are right on top of it. They argue a little bit, ‘No, it’s my turn. No, it’s my turn!’ It’s been a really cool project for them.”

The printers will remain in associates’ homes for the next few months, and in August they will be donated to schools and local nonprofits that have a focus on STEM education.

Lowe’s has created a video about the project, including the Carmody family’s 3D printing efforts. 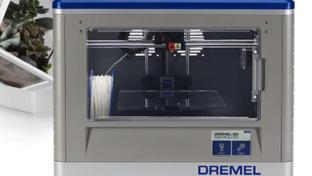