Lowe’s shares the wisdom of pro fathers, sons and daughters

Lowe’s shares the wisdom of pro fathers, sons and daughters

With Father’s Day just around the corner, Lowe’s has placed the spotlight on some of its pro customers who learned from their fathers or continue to pass skills and knowledge to the next generation.

For many of Lowe’s pro customers, growing up and working in the skilled trades means absorbing words of wisdom from their fathers in order to hone their craft, get the job done right and grow a business.

Building a reputation for quality craftsmanship is a top priority for Cornerstone Maintenance, and that’s exactly what they’re known for. Stellan Eoin Builders in Nashville, Tenn.
“My dad always told me to do things the right way because it’s worth it,” said Matt Maddox, co-owner of Cornerstone Maintenance in Seattle, Wa. Because it’s worth taking the time to do things right, Matt wants to pass down similar advice to his children, “Cutting corners only leads to more work down the road, even if it is faster at the moment.”

“My dad always said – if you don’t have it, don’t buy it,” Hochstetler says. The concept of only buying what you can afford has kept John and his business out of debt since he started in the construction industry 20 years ago.

Today, John’s business employs all three of his brothers and his father, and they continue to grow. Together, they build and remodel numerous homes in the Music City and surrounding areas. Having grown up on the job site, Colbie’s learned to use her hands in the family’s woodworking shop, building at least two things a day with wood scraps. Her family also says her innate ability to recognize issues on the job site, like uneven level and plumb, is remarkable. The Rea family says that they just might have a business partner in the making. But whatever she ends up pursuing, Rea said he hopes that his daughter is learning and having fun.

Integrity has always been at the forefront of Gordon Bill’s business, so much so that it’s part of their company’s name. As a father of four sons, Gordon wanted to instill values, his passion for craftsmanship and commitment to quality in all his children.

Integrity Home Improvements in Atlanta, Ga. says it strives to do everything with honesty, dependability and quality craftsmanship.

In 2017, the family’s dedication to their craft was recognized by the National Association of the Remodeling Industry (NARI) when the company won the Atlanta Contractor of the Year award. Over the course of his career, Gordon and his family have worked on more than 600 homes from downtown to Sandy Springs, Marietta to Douglasville and throughout Atlanta. 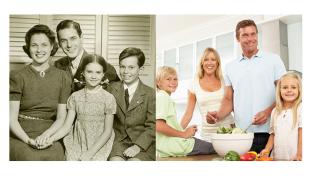