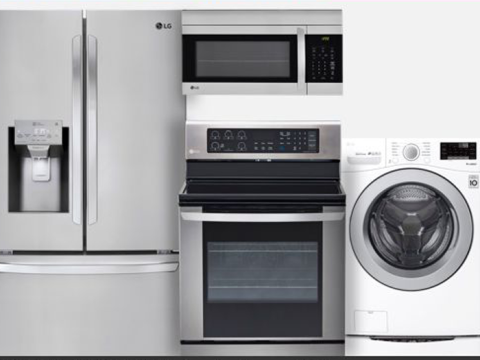 Lowe’s has revealed customer shopping trends when it came to appliance sales in 2018. Lowe’s said that black finishes are becoming a big trend among customers. It’s the fastest growing color, with options like black stainless steel, black matte and black slate, according to the Mooresville, N.C.-based home improvement retailer.

“Black stainless is chic and stylish and is great for playing up the contrast in a black and white kitchen. Keep an eye out for matte stainless- the slate color pairs beautifully with natural wood or white cabinets and adds and chic and sophisticated touch,” said Caroline Harmon, Lowe’s trend expert.