Jobs rise by 2.5 million in May

Jobs rise by 2.5 million in May

Jobs results for May show that the nation could be headed down the path of recovery.

Employment rose by 2.5 million in May as the unemployment rate declined to 13.3%, according to the latest Employment Situation Report from the Bureau of Labor Statistics.

The bureau said the uptick in employment reflects a limited resumption of economic activity that had been curtailed in March and April due to the COVID-19 crisis.

Additionally, the report for March was revised downward from an original decrease of 881,000 to a loss of 1.4 million jobs, and the change for April was revised down by 150,000, from -20.5 million to -20.7 million. With these revisions, employment in March and April combined was 642,000 lower than previously reported, the buruea said.

But the latest report is better than was expected by many.

“Employment data quickly turned for the better with surprising net job creations in May," said Lawrence Yun, chief economist of the National Association of Realtors. "There are still people getting laid off and filing for unemployment insurance for the first time, but job creations are exceeding that by a good margin of 2.5 million in May."

Construction employment increased by 464,000 in May, gaining back almost half of April's decline of 995,000 jobs. Much of the gain occurred in specialty trade contractors, up 325,000, with growth about equally split between the residential and nonresidential components. Job gains also occurred in the construction of buildings, rising by 105,000, largely in residential building.

"Given the strong return of housing demand, construction jobs will continue to be added – perhaps more aggressively than in the past," Yun noted.

Retail increased by 368,000, after a loss of 2.3 million in April. Over-the-month job gains occurred in clothing and clothing accessories stores, automobile dealers, and general merchandise stores. Job losses continued in electronics and appliance stores, down 95,000, and in auto parts, accessories, and tire stores.

Manufacturing employment rose by 225,000, with gains about evenly split between the durable and nondurable goods components, the bureau reported.

The full Employment Situation Report for May 2020 is available here. 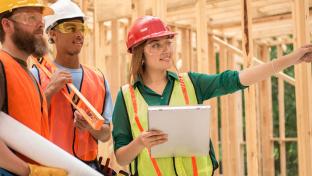