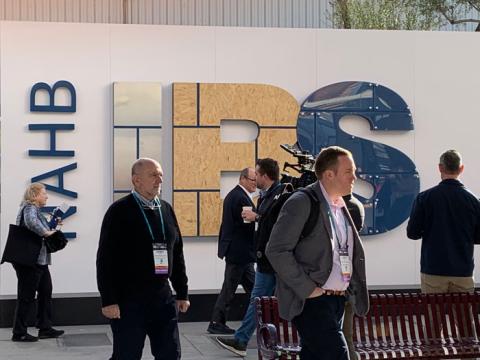 That was the message as the National Association of Home Builders (NAHB) provided its housing industry forecast for 2020, including what lies ahead for residential construction and remodeling activity.

The NAHB Economic Outlook report was delivered on the opening day of the 2020 International Builders' Show, held here at the Las Vegas Convention Center.

Single-family starts should continue on a gradual climb in 2020, fueled by solid job growth and low mortgage rates that will keep demand firm, the NAHB said.

Total housing starts are expected to hit 1.3 million units in 2020, up more than 2% from last year. While this would mark the highest output since 2007, it is still well below the production levels that averaged 1.5 million units annually from 1960-2007.

Single-family starts are forecast to increase more than 3% from 2019 to about 920,000 units. That's still less than the 1 million to 1.1 million units that demographics would support. Some of the shortfall is being made up by increased use of accessory dwelling units and young adults who live at home.

On the multifamily side, NAHB is expecting multifamily starts to hold relatively steady this year at 383,000 units. This is a sustainable level due to demographics and represents a balance between supply and demand. Currently, 93%ifamily units are built for rent vs. 7% that are constructed for-sale. The historical split is 80-20, the NAHB said.

Meanwhile, the NAHB projects residential remodeling activity to register just a 1% increase over 2019.

Digging under the national numbers, the South and the West are the regions that will lead new-home growth in the year ahead, according to Frank Nothaft, chief economist at CoreLogic.

"Markets with good affordability, high employment and outdoor amenities have had the highest growth in new-home sales over the last year," said Nothaft.

In regard to interest rates, David Berson, senior vice president and chief economist at Nationwide Economics, said that rates are expected to remain low for the foreseeable future.

"Trend growth depends on productivity growth and labor growth and productivity has not picked up," said Berson, who noted that GDP growth has averaged just 2% since the Great Recession.

At the same time, the nation has experienced a long period of slow labor growth, which slows real economic growth.

Other factors that are keeping interest rates lower for longer include the fact that long-term Treasury yields are still near 100-year lows, helping to hold mortgage rates at historically low levels. At the same time, inflation remains below the Fed's long-term goal of 2 percent.