“Gen T” says it aims to aims to “shift the societal perception of the trades” by demonstrating the economic mobility possible, exposing children to trade education early and encouraging students to explore career options beyond four-year degree programs. Pointing to recent studies, Lowe’s and Gen T said that as many as 3 million jobs in the skilled trades could be open by 2028. Gen T said it wants to create a path to grow talented tradespeople who can fill those positions while serving vital roles in society.

"We believe the professional trades are an essential part of America's future," said Jennifer Weber, executive vice president of Human Resources at Lowe's. "We're committed to opening that path to those who relish the challenge of creating something out of raw materials, and take pride and satisfaction in mastering the skills required to do it.”

Warren said Lowe’s has seen success in empowering people with a skilled trade through its Track to the Trades program. More than 1,350 associates are currently enrolled in Track to the Trades, which includes carpentry, HVAC, electrical, plumbing and appliance repair programs.

Gen T is looking to connect prospective skilled trade professionals to apprenticeships and jobs through the WeAreGenerationT.com.

According to IHS Markit, the economic information and analysis provider, the construction industry is slated to experience stronger wage growth than the rest of the U.S. economy. Metabo HPT teamed up with Lowe's at a recent high school training event.
But a recent survey by the National Association of Home Builders revealed that 69% of its members were experiencing delays in completing projects on time due to a shortage of qualified workers, while other jobs were lost altogether. This disconnect can be attributed to a retiring workforce and unfavorable perception, Gen T said.

“If we don't fill the existing skilled trade gap, our businesses, homes and communities will suffer," Warren said.

“Metabo HPT is proud to be a part of this movement, and we are excited about how we can support strengthening our key trade customers,” said Joe Leffler, senior vice president of sales and marketing at Metabo HPT. “Helping drive awareness in support of our future trades men and women throughout the country is vital.” 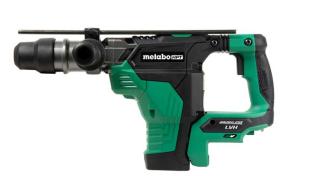 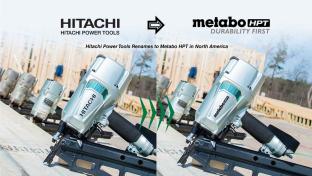