A recent HBSDealer poll question attempted to measure the perception of strategies governing today's business of online buying and selling.

How would you describe your company’s digital-retailing strategy? Respondents were allowed up to three choices form a list that runs from “intelligent” to “confusing.” The plurality of respondents described their strategy as "developing," which sounds about right in a volatile business. But it may be surprising to see the critical assessments in second and third and fourth place. Here’s the breakdown:

The survey reflects 117 votes from 69 voters, at last tally. It remains open on the right side of this page (or scroll down your mobile device).

The numbers show plenty of room for improvement, according to Jeff Rogers, marketing director for Bend, Ore.-based Paladin Data Corporation.

“If you flip this on its head, you can argue that roughly 25% of respondents have a positive experience with their digital retail strategy he said, summing up those who answered stable, focused, effective, profitable, intelligent. “That’s not good enough. The industry as a whole is underdelivering in providing valuable digital customer experiences.”

He added that one of Paladin’s big initiatives in 2019 is developing more insights from data. And that initiative is in close alignment with the market demand when one considers that 75% of the respondents to the survey are to some degree in need of guidance when it comes to digital strategy.

Sonya Ruff Jarvis, founder of the Home Improvement eRetailer Summit, congratulated the respondents who were in various stages of developing their digital retail strategies, but cautioned that retail home improvement continues to lag “behind other product categories when it comes to optimizing the internet as a distribution channel.”

At the recent Home Improvement eRetailer Summit in Chicago, suppliers and retailers were asked to identify their largest eCommerce-related capital expense in the prior 12 months, along with future e-commerce investments.

The most popular answers were:

“Many companies are putting investments against their strategy and that is when they will become competitive,” she said. “But I also believe that playing in eCommerce isn’t for every business model -- hence responses like haphazard, ineffective and confusing were used to answer your poll question.

“While the indicators show that the home improvement industry just isn’t as mature in eCommerce as some other categories, it will eventually catch up because consumer demand will continue to drive home improvement online sales,” she said “Those that respond with a strategy and investment will capture more of those digital sales.” 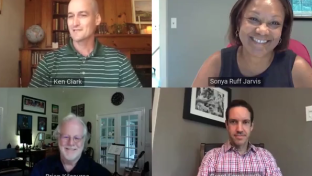