The company has acquired locations in Richmondville and Sidney, N.Y., according to an announcement made by the Capital Region Chamber. Curtis had already operated 19 locations in New York state and two locations in Vermont prior to the acquisitions.

“Working with builders and homeowners along the Interstate 88 corridor, we recognized the need for additional store locations to serve them,” Jay Curtis, president and CEO of Curtis Lumber, said in a prepared statement.  “Our superior product assortment, award-winning delivery service, and extensive employee training program will make these locations stand out in their respective communities.”

The latest stores will both operate under the Curtis Lumber banner. Terms of the purchases were not disclosed. 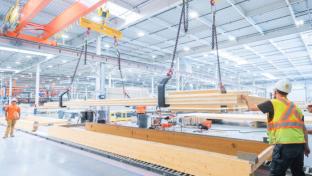