Cooking up insights for the NKBA

Cooking up insights for the NKBA

Manuel Gutierrez holds the distinction of being the National Kitchen & Bath Association’s first consulting economist in the group’s 52-year history.

His background is tailor-made for his new role. He was an economics and statistics professor at The Richard Stockton College of New Jersey; he taught statistics at the Universidad Centro Occidental in Venezuela; and he enjoyed a 30-year career at K&B giant The Kohler Company, most recently serving as director of global research.

A week-and-a-half into his new post, he spoke to Hardware + Building Supply Dealer.

HBSDealer: Can it be daunting tracking the constantly changing data points?

Gutierrez: Yes, except for the times my wife wants me to do something.

HBSDealer: How would you describe your role with the NKBA?

Gutierrez: I’ll be dedicated to providing an economic viewpoint.

And another area is to do more primary research. I view this a two-pronged project. One is strictly in the economic area, and the other is looking at areas like consumer or designer insights, and going deeper than we have in the past.

HBSDealer: In the home-building industry, the killer stat is housing starts. Is there a similar metric in the kitchen and bath arena? A key indicator?

Gutierrez: In reality there is not one like housing starts. There are a myriad of things.

During that time I worked at Kohler Company, the research was for a single key indicator. But after many years, I came to the conclusion there is no sole indicator that tells you the health of the industry.

A roof leaks, for instance, or a product fails in the house, and that may trigger the remodeling project. It may not have anything to do with the interest rates, or equity in the house, or other factors.

There may be a correlation for a few months, but it goes away.

Realistically, after much correlation analysis, there is really no silver bullet. If I found one I would be a rich man, but unfortunately there is none.

HBSDealer: So how is your focus different from that of the economists at the NAHB?

Gutierrez: They are focused mostly on new construction. They are looking mostly at the new housing market, where as I will be looking at the remodeling market -- and primarily the design and showroom component.

For instance, remodeling is estimated to be about $110 billion per year. What portion of that market is influenced by the NKBA membership? That’s one of the things we’re interested in.

HBSDealer: I think you could put it at maybe 40%.

Guiterrez: You have the number already? You just saved me a lot of work. Thank you.

HBSDealer: That was just a guess. It’s a complicated business.

Gutierrez: Yes, for instance, retail sales of building materials dealers and so forth are pointing upwards in the last three or four years, but the remodeling data from the Department of Commerce dropped significantly last year, in 2014, so we’re trying to figure out that possible contradiction.

HBSDealer: Final question: Who is your favorite economist throughout history?

Gutierrez: Good question. I would go for a free-market-oriented economist, and there are several. Ludwig von Mises belongs to the Austrian School tradition, which looks at government spending as wasteful. The Austrian theory is contrary to the Keynesian approach of government spending and so forth. What I like about it is the individual is the center of the economy -- the individual that acts in his self-interest. And the theory is based on that. You can find out more if you visit Mises Institute online. 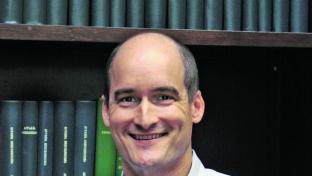 News
Voices on a new direction 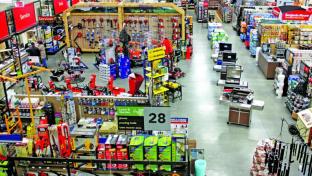 News
From the issue: True Value makes its move