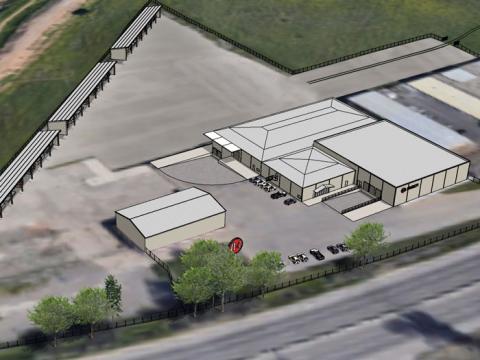 84 Lumber’s expansion plan for the coming year and beyond includes an analytical strategy that Chief Operating Officer Frank Cicero describes as “clarity.”

Part of 84 Lumber’s mythology is how 84 Lumber founder Joe Hardy once selected sites for future locations. Sometimes sites were chosen simply because 84 Lumber didn’t have a location in the market.

“We are looking at housing starts, growing markets, and markets where we are there,” Cicero told HBSDealer.

The company’s current expansion pipeline includes 34 locations. In some cases, 84 Lumber is already in the market but there are opportunities for even more sales. This includes plans for new truss plants in central Florida and another in between Austin and San Antonio in Texas. Yards are also in the works for openings in Stockton, Calif. and Boise, Idaho later this year, along with a new truss facility, new yard and door shop in Richmond, Va.

The company recently opened a new component plant in Philadelphia and is readying a facility in Ohio, which will serve Columbus and Cleveland. A new door shop is also in the works for Dallas.

Cicero describes some of the moves as “filling in the blanks.” For instance, while 84 Lumber had a yard up and running in Greenville, S.C., the natural progression was to open a new door shop for additional sales. The company already has a component plant in Charlotte, but another is underway.

“This gives us the tools to be even more successful in these markets,” he says.

Some of 84 Lumber’s current plan can be traced back to plans it made nearly 8 years ago. Between 2012 and 2015, the dealer decided to mothball some of its locations in slower markets in favor of opening new stores in new markets. That included expansion into Atlanta, Boston, Florida, Indianapolis and northern Virginia.

According to Cicero, that collection of openings – including yards and manufacturing facilities – resulted in $300 million in additional sales by the end of last year. An overhead, concept image of the new 84 Lumber facility in Richmond, Va. slated to open this fall.
There is no doubt that the current strategy is a big departure from what 84 Lumber did during the housing surge of 15 to 20 years ago.

“In the boom, you could do things that may not have been rationale - we all thought there was some type of fountain of youth somewhere. But there were a lot of lessons that we learned,” Cicero explains.

Part of the plan has been placing the right personnel in key positions. In 2018, Jorge Espinosa was named divisional vice president of 84 Lumber’s Western Division. Looking ahead, Espinosa is charged with overseeing greenfield growth in the West, including Southern California, the Pacific Northwest and Texas, among other markets.

The company also tasked Ken Kucera, long-term associate of 84 Lumber, to lead the strategy and implementation for growing the components manufacturing business across the country. The company recently hired James Abbott as its new vice president of engineered wood products who will report directly to Kucera.

In 2019, $750 million of 84 Lumber’s $4 billion in total revenue was composed of materials and labor packaged and sold together to builders.

Expansion at 84 Lumber also provides opportunities for its 5,700 associates to grow their careers at the company. Managers who want to take on new challenges and new geography have the avenue.

“We are an organic company,” Cicero says. “The strength and culture of our company is from people who grow up inside the organization.”

David Cochran, the vice president of store operations since April 2017, will also help lead these expansion efforts due to his wealth of experience opening stores for 84 Lumber. Cicero believes Cochran can truly grow opportunities and sales across the United States.

“These are exciting times at 84 Lumber,” Cicero says. “When you reflect on what we are doing here, you see that you are an architect drawing up blueprints for success.”