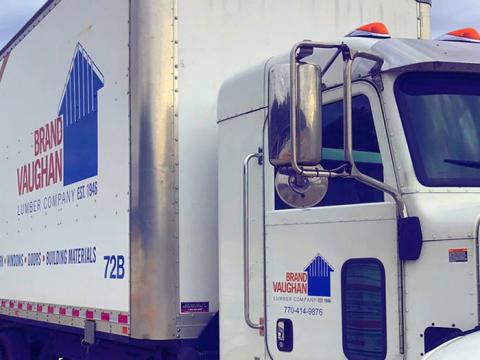 Brand Vaughan Lumber has put in the work toward becoming a great place to work.

And the pro dealer’s outreach and efforts to its employees have paid off.

The company has been recognized as a Top Midsized Workplace by the Atlanta Journal-Constitution. With 169 employees, Brand Vaughan Lumber is ranked 12th in the publication’s midsized category.

About 3,000 companies were nominated for the workplace awards, hosted by the Atlanta Journal-Constitution and its partner Energage – an employee engagement platform. Energage surveyed 285 companies in the Atlanta market.

The dealer was recognized, along with other top workplaces in the market, during an awards ceremony last month.

“We want our employees to be recognized for how awesome they are,” said Jon Vaughan, president Brand Vaughan Lumber. “This was an awesome feeling of accomplishment.”

According to Vaughan, the dealer had previously submitted their company for consideration for the award. But the outcome was less than stellar.

“We knew that our culture needed a lot of work. It really wasn’t something we spent enough time on,” he said.

After receiving and analyzing the results from its previous submission, Brand Vaughan Lumber got to work on its structure and culture. “I spent a lot of time on that, once we had a benchmark,” Vaughan noted.

Professional development lunches were initiated at the company. Originally intended for younger employees, the program was expanded to include employees of all ages from all departments.

Another program, “Java with Jon,” was also launched. The program provides company transparency while helping employees understand the mission of the Brand Vaughan Lumber. Employees provide feedback about what elements of the business are working and what needs improvement.

“The response has been so tremendous,” Vaughan said. “I thought people were going to walk in like it was a jail sentence. But they get there and they’re excited. They’ve got notebooks full of ideas they want to contribute.”