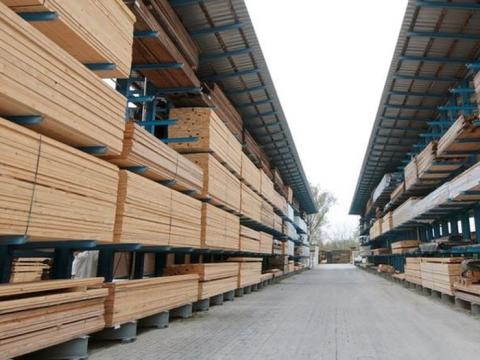 A combination of DIYers relegated to working from home during the COVID-19 crisis combined with producers restricting supplies, has resulted in a strong increase in lumber prices.

Citing the latest Random Lengths Framing Composite Price Index, the National Association of Home Builders reported that board prices increased 6.3% to $406 per thousand board feet.

This marks the first time the index rose above $400 since March 20.

Additionally, framing lumber prices have jumped 13% since May 1. That’s the largest increase in more than a decade and the first increase above 10% since the start of the U.S.-Canada Softwood Lumber Dispute in early 2017.

According to the NAHB, the surge in pricing is due to rising demand at big box retailers fueled by DIYers starting projects in addition to building material retailers being designated as essential business in most states.

Also, major lumber producers – including softwood facilities in British Columbia – had previously curtailed operations and cut back on production due to a decrease in home building activity as the COVID-19 crisis expanded.

Southern Yellow Pine (SYP) dimension lumber prices have shot up by nearly 50% since mid-April, which is the largest jump in the last 25 years, according to the NAHB.

The NAHB said lumber demand is “ a reliable leading indicator of residential construction activity.” As result, demand is likely to force mills to ramp up production in the coming weeks.

In contrast, prices paid for goods used in residential construction decreased 4.1% in April on a non-seasonally-adjusted basis, according to the most recent Producer Price Index (PPI) from the Bureau of Labor Statistics.

According to the PPI, gypsum product prices declined 1.3% in April after climbing 2.2% in March. Prices paid for ready-mix concrete slipped 0.4% last month compared to a 0.7% rise in March.

Earlier today, the NAHB reported that builder confidence increased in May after a historic fall in April.
Advertisement