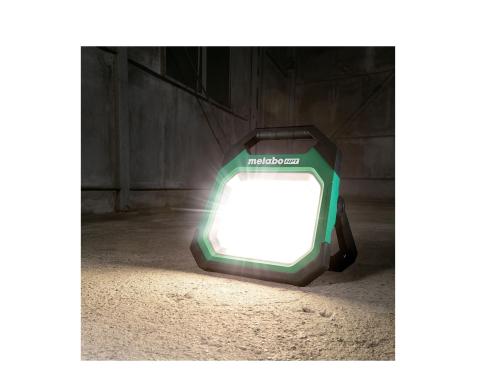 “This cordless work light has 216 white LED’s,” said the company, “that can be adjusted to 15 brightness levels from 1,000 to up to 10,000 lumens to be most effective for the application.”

This work light is part of the firm’s expanding multivolt system of 18V and 36V power tools from Metabo HPT.

“As an 18V bare tool,” said the company, “the user can decide to go lighter by using an 18V battery, or go longer with the flexible 18V/36V multivolt battery to double the runtime per charge, for more power on the go.”

Users can connect and charge their smartphone or tablet to the UB18DDQ4 work light via the built in USB port. The work light is IP65 rated and designed for durability despite the weather.

The cordless 10,000 lumen LED work light has 144° vertical adjustment in nine stages, said Metabo, to light up any jobsite with greater freedom of movement.