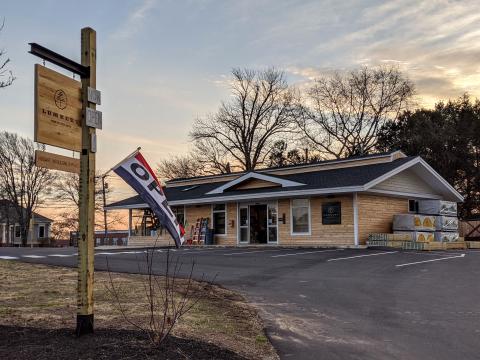 As industry heavyweights continue to conduct big acquisitions in the second half of 2020, a new lumber dealer has stepped into the ring.

Lumbery, located in Cape Elizabeth, Maine just a few miles south of Portland, opened its doors less than a month ago and prides itself on carrying lumber products that are locally sourced.

About 85% of the lumber carried by Lumbery is directly from Maine with more regional products on the way, including plywood.

The ​moral concept​ behind Lumbery is based on the chain-of-custody model championed by Yvonne Chouniard, the founder of Patagonia. It asks a few basic questions such as where did an item come from and what are the social, environmental, and economic impacts associated with the item?

Company founder and CEO Michael Friedland began to ask these questions while operating his prior company, Willard Square Home Repair. The business grew into the largest handyman service in the greater Portland market, with sales of more than $1 million.

But Friedland began to question where the materials he was using were sourced. He said he felt that he was depriving local Maine mills and communities of revenue while adding unnecessary carbon emissions to the environment due to the transportation involved in out-of-state products.

"Our goal is to get people to think differently about lumber," Friedland told HBSDealer. 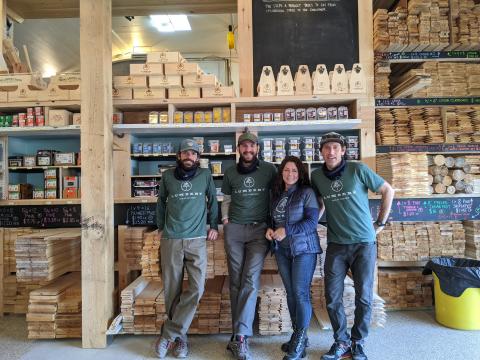 The other side of the coin is convenience within the local market. Lumbery fills the practical needs of contractors and homeowners who don’t want to take a 30-minute-plus drive to obtain materials.

"It's amazing - everyone that walks in says you just saved me a trip to Home Depot," Friedland notes.

Although lumber is a point of focus, Lumbery also carries a wide array of tools, hardware, and building products, ranging from paint to housewrap.

“We sell all types of products that are used in home repair,” Friedland says. “We are sort of a hybrid model.”

Lumbery also features a "Tool Library." Once a customer joins the library through an annual membership fee, they can check out any of the tools they need for a project without having to buy or rent the product. Borrowers can check out two items at a time for 48 hours, depending on the demand for the tool.