Meet the 2020 ProDealers of the Year

Meet the 2020 ProDealers of the Year

National Lumber of Mansfield, Mass., the 2020 ProDealer of the Year.

Two family-oriented third-generation businesses will carry the prestigious banner of “ProDealer of the Year” in 2020. National Lumber, based in Mansfield, Mass.; and Townsend Building Supply based in Dothan, Ala., will formally receive their awards at the Virtual ProDealer Industry Summit, Oct. 7-9.

The annual awards, chosen by editors of HBSDealer in concert with the National Lumber and Building Material Dealers Association, is designed to recognize a high-performance company with a commitment to best practices and the best values of the lumber and building material industry.

The 2020 ProDealer of the Year awards are sponsored by Epicor.

The “ProDealer of the Year” award, bestowed on a large regional or national player, and the “Independent ProDealer of the Year” award have recognized high-performing dealers since the late 20th century. Both of the 2020 honorees can be described as a versatile, forward-thinking and respectful of their tradition serving builders – one in the South, and one in New England.

• National Lumber is a third-generation, family business with 750 employees. Co-CEOs and siblings Steven Kaitz and Margie Kaitz Seligman have managed the business as a family, and have grown it into a “Family of Companies.” National is a market leader in truss and component manufacturing, cabinetry design solutions, millwork and even Benjamin Moore paint stores.

The family operates 14 lumberyard locations, 11 paint stores, and seven Kitchen Views Showrooms, serving the industry and communities in Massachusetts, Connecticut and Rhode Island. Margie is a past recipient of the Northeastern Retail Lumber Association’s “Lumber Person of the Year.”

Townsend Building Supply of Dothan, Ala., the Independent ProDealer of the Year.

• Townsend Building Supply has evolved over the century from a Florida sawmill to a multi-faceted, three-division operator in the Wiregrass region of the Gulf Coast. The 2020 Independent ProDealer of the Year is led by brothers Michael and Turner Townsend.

The company has invested in a steady stream of acquisitions since 2009, including a purchase of a new facility in Dothan, Ala, where Townsend has set up its headquarters.

President Michael Townsend credits the foundation built by his grandfather and father, and the team members “who have jumped in with both feet, … and who have worked unselfishly for each other and our customers.”

The 2020 ProDealer of the Year awards are sponsored by Epicor.

Sponsored by Epicor, the 2020 ProDealer of the Year program will official take place Oct. 9 during the Virtual ProDealer Industry Summit.

“We are very thrilled for both recipients of the Dealer of the Year awards, and proud to call them Epicor partners," said Graham Rigby, senior director of sales for Epicor. "Congratulations, National Lumber and Townsend!”

The ProDealer of the Year Award uses the following criteria for selection:

• Commitment to best practices. General organizational excellence, putting people first and developing a strong reputation in the markets they serve; 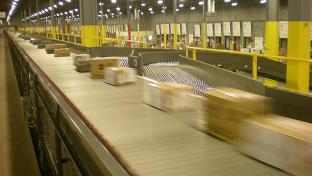 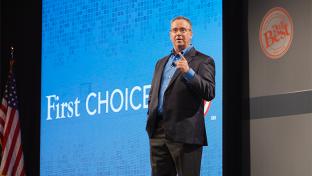 Do it Best
Do it Best signals ecommerce enhancements