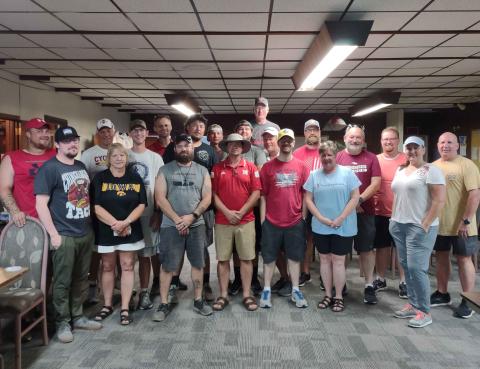 Some of the Marcus Lumber team at a golf outing last summer. Reese Hageman is at far left; Matt is in the front row, third from left.

The thing about recovery is, you must have heart, and give each other a second chance.

At Marcus Lumber, a Do it Best dealer and fourth-generation family-owned and operated business in the small town of Marcus, Iowa, that is exactly what is happening.

Today, nearly 10% of Marcus Lumber’s workforce is made up of people involved with a recovery program.

How did the culture change at Marcus Lumber?

Enter Reese Hageman, who applied to the company from a simple ad.

Marcus Lumber didn’t recognize him in the small rural community of 1,100 people.

When interviewed by the company, Hageman communicated, from the beginning, how he had some past personal troubles.

One and a half years clean of narcotics at the time, the job candidate was, “authentic and genuine,” said the firm. And those were two traits the lumber company recognized.

“Authenticity in a job interview can mean more than past work experience,” said Bob Leavitt, owner of Marcus Lumber.

“A past you’ve overcome is often more honorable than a past with little or no obstacles,” said the owner.

An offer was made. The company culture shifted. 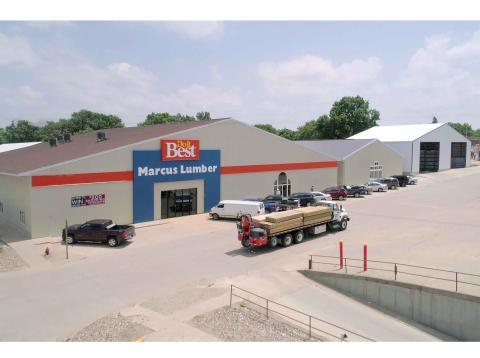 Reese’s humility and honesty were refreshing, said the firm. His work ethic made any doubters into “can-doers,” said the company.

In short order, he was talking to his friends, some of whom were also in recovery with him.

The hope of any small business with good people, said the lumber firm, is that these good people talk to their friends and tell them about how their work is enjoyable.

“As is the case here, Hageman talked to his friend Matt who was a bit frustrated with where he worked at the time,” said the company.

“The idea of working somewhere, ‘where you feel appreciated,’ as Hageman said, sounded good to Matt.

Marcus Lumber said it began evaluating less on a candidate’s background checks and relying more on who had each other’s back.

“Changing how you evaluate job applicants seems logical in a tight labor market,” said the firm.

Yet many employers appear to put former addicts in an untouchable category, said the company, pointing to a 2017 study from the Recovery Research Institute at Massachusetts General Hospital that people recovering from addiction face an unemployment rate three to four times higher than the average rate.

Part of recovery means weekly support meetings through a program which engages people through a 12-step program.

“And recovery can be a life-changing moment for an addict,” said the company.

The golden rule became a little more golden, said the firm, as the definition of an ideal team player was broadened.

“It’s true we all have a past, yet we all want to be treated fairly,” said Leavitt.

Perhaps those who have lived on both sides of that definition, he said, are the most equipped to understand it best.

“Hiring people doesn’t have to be hard,” said the owner, “hiring people just needs to be meaningful.”