Softwood lumber prices increased 14.9% in August, according to the latest Producer Price Index, and marked the largest four-month gain since data was first recorded in 1949.

The end result has been increased pricing pressure on both home builders and home buyers, not to mention lumberyards who continue to want to serve customers but are at times eating margins.

Randy Noel, the former chairman of the NAHB and a custom home builders in LaPlace, La., told the NAHB that he recently received a lumber quote for more than $28,000. The price tag was essentially double the amount he paid for the same lumber on a similar project in February 2019.

In the meantime, oriented strand board (OSB) that Noel’s company frequently uses on projects had increased from about $7.50 per sheet to $26 per sheet.

A problem that Noel ran into, like many home builders, is that homes had already been sold and now he had figure out a way to close a price gap. This includes searching for alternative materials, including steel, to help lower costs.

“I know builders who have had to call customers and give them their deposit back and say, ‘I can’t build your house because of the price of lumber,'” told the NAHB. “People already have their loan secured and can’t increase the price.”

Noel also notes that pent-up demand is also driving up the price of lots, which will need to be factored into home prices going forward.

According to Noel, and the NAHB, removing tariffs on Canadian lumber is a potential solution to pricing and supply struggles.

“If lumber mills are struggling to keep up, [U.S. Commerce] Sec. Ross can remove tariffs temporarily to keep lumber prices from skyrocketing,” he said.

The NAHB has also reported that along with nominal price increases and tariffs on Canadian lumber, cross-border purchasers have been hurt by a weakening U.S. dollar (USD) in recent months. Since late March, the U.S. dollar has depreciated nearly 10%. 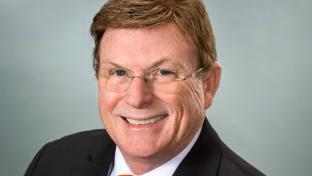