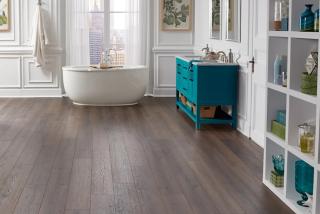 The Richmond, Va. flooring retailer said sales for the quarter were impacted by continued lower consumer spending versus last year. The decline in consumer spending also offset near double-digit growth in sales to pro customers.

The company reported that comparable store sales decreased 7.3% for the period and were also impacted by consumer spending.

The company also posted an operating loss of $4.1 million for the period compared to an income of $12 million in the prior third quarter.

During the period, LL Flooring opened 2 new stores bringing its total to 439 locations as of Sept. 30. LL Flooring said it expects to open 18 new stores in 2022.

What the CEO said: “Our third quarter 2022 results were below our expectations, with comparable store sales down 7.3%, primarily due to continued lower spending by consumers versus last year, which we believe largely reflected continued pressure from inflation and higher interest rates,” said Charles Tyson, president and CEO of LL Flooring. “That said, we also delivered just under double-digit year-over-year growth in sales to Pro customers, reflecting our sixth consecutive quarter of Pro sales momentum.”

“Notwithstanding the challenging consumer spending environment, we believe there are opportunities to improve our performance and we are focused on increasing brand awareness and consumer traffic,” Tyson added.