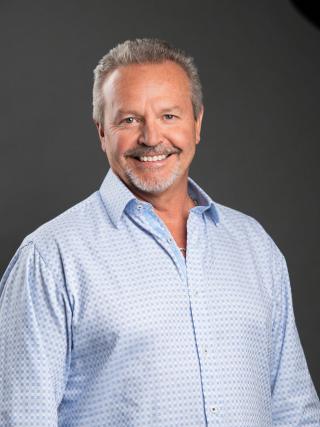 Kodiak Building Partners has promoted of Scott Barton to the position of vice president of national accounts relations.

In his new role, Barton will be responsible for building and maintaining relationships with key national home builder accounts to increase sales, profitability, and growth opportunities for Kodiak’s operating companies across the country.

“Scott’s extensive industry background within the sales community and construction supplies industry has contributed to the overall success of Kodiak’s operating companies throughout the past 11 years,” said Steve Swinney, CEO of Kodiak Building Partners. “He has been instrumental in launching several important projects at Kodiak during his time as VP of Business Development, and we value his contribution to building awareness and demand for our local businesses nationwide.”

Specifically, Barton handled developing and identifying business opportunities for Kodiak. During that time, Barton was credited with a variety of important projects and responsibilities, including acquisition involvement, employee engagement growth, and promoting Kodiak’s culture throughout its operating companies.

Mark Garboski, Kodiak’s Chief Operating Officer, said, “Kodiak is very pleased to be able to leverage Scott’s experience both within our organization and industry to better serve our local operators and markets. We fully expect Scott will be an asset in the years to come that allows us to support our locally led business model as well as provide our large customers across the country with the framework and support they desire.”

Barton began his career with Barton Supply in 1983 as a load-builder in the Englewood, Colo. fabrication and distribution yard. Progressing through positions of increasing responsibility including sales manager and DC general manager, he became vice president of sales at Barton Supply in 2003.

As a dedicated member of both Barton Supply and Kodiak who has been with both companies from their beginnings, Barton has split his time between leadership roles at Barton and Kodiak.

Kodiak is committed to providing local autonomy and preserving the way our companies operate in their local markets,” said Barton. “I am grateful for the opportunity and honored to be working with the Kodiak companies in this endeavor. The Kodiak locally lead strategy that they developed from their inception has been a phenomenal success and it is great to be part of it.”

Founded in 2011, Kodiak Building Partners was founded with the goal of acquiring family-run businesses in the building material sales and distribution industries.

Over the last 11 years, Kodiak has acquired more than 100 locations that serve general contractors, homebuilders, sub-contractors, remodelers, and consumers.

Kodiak has operations in more than 20 states. The company recently acquired Diamond Home Centers with two locations in Oregon.