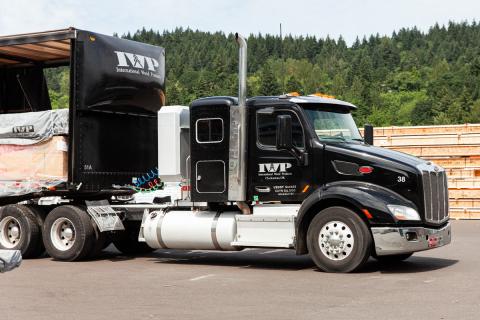 International Wood Products (IWP) announced that Aaron George has accepted a position at the company as senior vice president of sales effective August 1.

The Oregon-based building products distributor and manufacturer said George brings extensive industry experience, most  recently representing James Hardie Building Products as the director of sales, West Division. In his  15 years with James Hardie, his positions increased in scope and responsibility, building on his  previous experiences with Rockwell Automation, Egghead, and as a Major in the United States  Marine Corps.

“Aaron has a well-earned great reputation in our industry. His experience, knowledge, and professionalism will truly benefit IWP as we continue to grow in the  West,” said IWP President Josh Hamilton.

As a member of IWP’s Executive Management team, George will work hand-in-hand with corporate and branch management to provide leadership and support company-wide.

Jason Allen, IWP executive vice president added, “We are excited to have Aaron join the IWP  family. He will be a great asset to our people and a welcomed addition to our organization.” Aaron is  looking forward to this new challenge, saying “I’m very excited about having the opportunity to  contribute to a highly respected organization during a period of growth with a very strong team and  family environment."

IWP also said that George will work closely with Bob Berwick, current senior vp of sales, who is preparing for retirement.