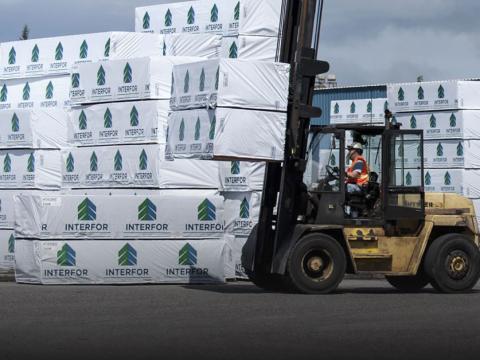 Canadian lumber giant Interfor has struck a deal that will increase its annual production capacity by 25%.

The Burnaby, British Columbia-based company reported that it has reached an agreement with an affiliate of Kelso & Company to acquire 100% of the equity interests of EACOM Timber Corporation. Interfor is paying 490 million Canadian dollars (US$386 million).

On a pro-forma basis, Interfor’s total annual lumber production capacity will increase to 4.9 billion board feet, of which 46% will be in the U.S. South, 16% in the U.S. Northwest, 20% in eastern Canada, and 18% in British Columbia.

“This transaction makes Interfor a truly North American lumber producer, with operations in all the key fiber regions on the continent, further diversifying and de-risking our operating platform and enhancing our growth potential and opportunity set,” said Ian Fillinger, president and CEO of Interor. This transformational growth secures a desirable SPF product mix to meet the growing demand of our customers, at a time when SPF fiber supply is under increasing pressure in other jurisdictions in North America and around the world.”

Eastern Canada is one of the major lumber-producing regions in North America, with highly competitive log costs, a desirable SPF product mix and a supportive investment environment, Interfor said.

Additionally, Interfor said the addition of the EACOM business will also provide an expanded opportunity for future lumber-focused growth in eastern Canada, given its well-established systems, infrastructure, and team.

The business will operate under the Interfor banner, but Interfor will maintain all of EACOM’s key operating leadership and employees as well as its office in Montreal, Quebec to ensure continued regional support for the operations going forward. 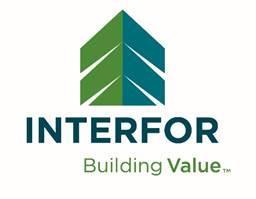 “This transaction will allow our team to write its next chapter as part of one of North America’s best lumber companies,” said Kevin Edgson, president and CEO of EACOM. “Interfor’s operational excellence, financial strength, customer relationships, and North American-wide portfolio will provide substantial opportunities to our people and our stakeholders.”

Interfor said it will finance the acquisition with a combination of cash on hand and its existing credit facilities. Following the completion of the acquisition,  Interfor said that it will continue to have ”significant financial flexibility to execute its strategic capital investment plans and consider additional value-creating capital deployment options.”

The acquisition is expected to close in the first half of 2022.

In July, Interfor closed on its deal to acquire four sawmills from Georgia-Pacific for US$375 million.