But regarding the unsolicited takeover offer from private equity firm Mill Road Capital, Huttig said little, other than that it was reviewing the proposal.

"The company does not intend to disclose any updates regarding its review of the proposal until the Board of Directors makes a determination requiring further disclosure," Huttig said.

Meanwhile, the business of distributing building products continues. Sales declined slightly in the three months ended Sept. 30 to $212.7 million, down 1.4% from $215.7 million in the same quarter last year.

CEO Jon Vrabely pointed to meaningful improvements in the business, including expense and debt reductions.

Several factors contributed to the decline in sales: supply chain disruption, labor shortages and the closure of two branches in the third quarter of 2020.

The company stated: "While some of our largest markets were significantly impacted early in the pandemic, third quarter activity has recovered to levels approaching prior year sales after posting a 12.1% year-over-year decline in the second quarter of 2020. Demand has improved as construction activity has rebounded."

What the CEO said: "As devastating as the impact of the COVID-19 global pandemic has been on our country, economy, and way of life, it was the catalyst for many of the changes we made to our business, contributing to our improved financial performance in the quarter,” said Jon Vrabely, president and CEO of Huttig. 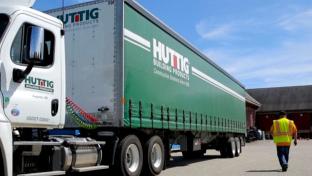 The private investment firm has sent a second, larger acquisition proposal to the building products distributor.