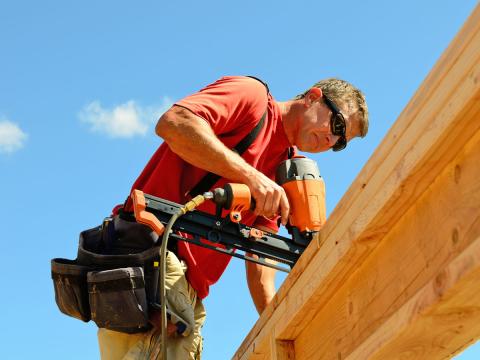 Housing starts were nearly flat in April, the U.S. Census Bureau and the U.S. Department of Housing and Urban Development reported this morning.

Total housing starts fell 0.2% in April to a seasonally adjusted annual rate of 1.724 million compared to the revised March estimate of 1.728 million.

Single-family permits for April decreased 4.6% from the revised March figure of 1.163 million.

Authorizations of units in buildings with five units or more were at a rate of 656,000 in April. This is an 0.6% decrease compared to the prior month but and 16.3% increase from April 2021.

"The worst of the housing shortage is ending, but market equilibrium between supply and demand is still some ways off," said Lawrence Yun, chief economist of the National Association of Realtors.

Yun notes that the homes-for-sale inventory in March was still essentially at an all-time low with less than a million homes on the market.

"Builders are responding to higher mortgage rates and are chasing rising rents, with fewer homebuyers and more renters being forced to renew their leases," Yun explains. "Even before the rise in interest rates, apartment vacancy rates were at historic lows and rents were accelerating. Some degree of a return to the office is also fueling back-to-city living where high rises are concentrated."

The latest residential construction report arrives as home builders ask for more assistance in regard to improving housing affordability.

Earlier this week, The White House released its "Housing Supply Action Plan," which is designed to ease high housing costs by increasing the supply of quality housing throughout the nation over the next five years.

According to the NAHB, less than 50% of homes sold in the first quarter were affordable to median-income families. 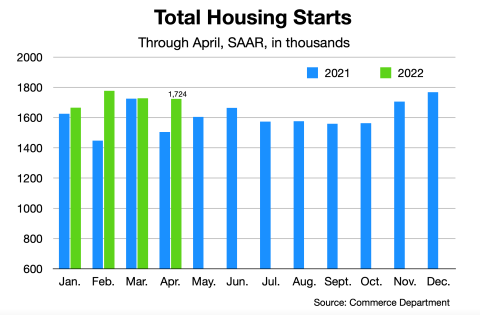 Here’s how starts and permits performed by region on a month-over-month basis: