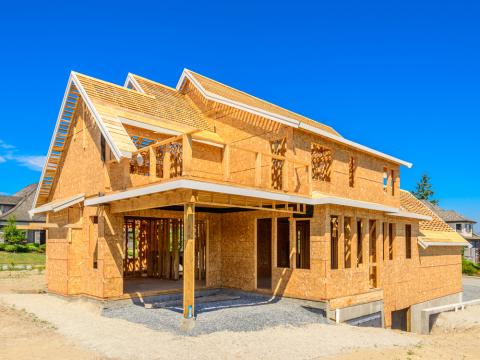 Privately‐owned housing starts in February climbed 6.8% to a seasonally adjusted annual rate of 1.769 million. That's above the revised January estimate of 1.657 million, the U.S. Census Bureau and the U.S. Department of Housing and Urban Development reported Thursday morning.

Single-family starts increased 5.7% to a rate of 1.215 million compared to the revised January rate of 1.150 million

Housing permits slipped in February, however, with total permits dropping 1.9% to a seasonally adjusted annual rate of 1.859 million in comparison to the revised January rate of 1.895 million. But permits are 7.7% above the February 2021 rate of 1.726 million.

Yesterday, the National Association of Home Builders reported that builder confidence fell for the fourth-straight month according to the latest NAHB/Wells Fargo Housing Market Index (HMI). 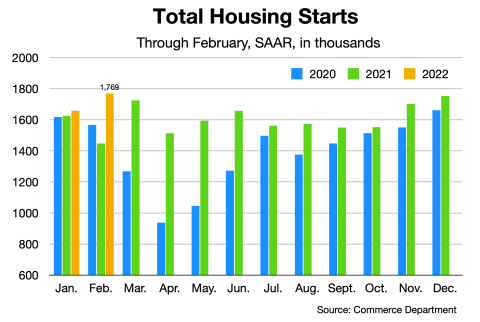 Here's how February housing metrics performed on a regional basis on a month-over-month basis: