"The third quarter was another exceptional quarter for The Home Depot as we saw the continuation of outsized demand for home improvement projects, which has led to sales growth of more than $15 billion through the first nine months of the year," said Craig Menear, chairman and CEO.

Additionally, the company said it is making the transition from temporary pandemic-related bonus pay to frontline employees to permanent compensation enhancements. The move will result in about $1 billion of incremental compensation on an annualized basis.

During the earnings call, Menear described the strategy behind the plans to acquire — actually re-acquire — HD Supply, the MRO giant, in an $8 billion deal. The Home Depot, under then CEO Frank Blake, sold HD Supply to a group of private equity firms back in 2007.

"The success we’ve had with our existing MRO business makes us confident in our ability to accelerate sales growth in a highly fragmented $55 billion MRO marketplace," he said.

Menear also described the increasingly digital nature of the home center business. Sales leveraging the Home Depot's digital platforms increased about 80% compared to the third quarter last year. Also, about 60% of online orders were fulfilled through a store.

According to Ted Decker, who was recently promoted to president and COO, sales to DIY customer outpaced sales to the pro. But still, "our pro business posted the strongest growth we've seen all year."

Decker pointed to one challenge to pro sales: "Some large pros still face headwinds related to the current operating environment, including some customers being hesitant to invite pros into their homes," he said.

During its fiscal third quarter, the company added two stores, bringing its total store count to 2,295. 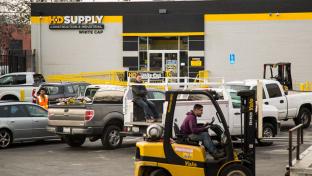 Forget about the Lowe’s talk, HD Supply is returning to the mother ship. 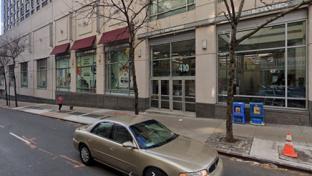