Net sales increased 15.9% to $2.3 billion during the three months ended Sept. 30. The productive quarter also included the revelation that Builders FirstSource would merge with BMC -- a plan announced in August.

All three of Builders FirstSource's customer-end-markets saw gains. Single-family were up 5.8%; repair and remodel/other grew 6.5%; and multi-family grew core organic sales by 17.6%, thanks to an increase in projects and the timing of those projects.

"Our team delivered a better-than-expected gross margin of 24.9% in the third quarter despite record high lumber costs," said Peter Jackson, CFO. "At the same time, we significantly improved SG&A as a percentage of net sales year-over-year which allowed us to hold Adjusted EBITDA margin effectively flat, demonstrating the strength of our business model."

Bottom line: Net income increased to $85.9 million, up from $78.1 million in the same quarter last year.

What the CEO said: "These exceptional results were underpinned by strong demand for our integrated services and by our team’s ability to react quickly to market fluctuations, including the sharp rise in lumber costs," said CEO Chad Crow. "In August, we were thrilled to announce our planned merger with BMC, a transaction that is expected to create significant value for all shareholders in the coming years." 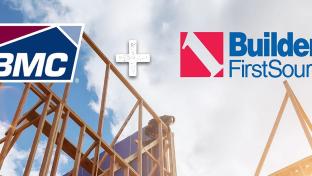 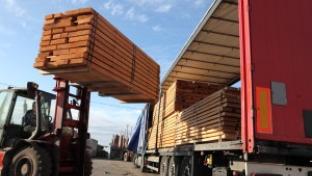 As lumber prices sizzle, WTO rules in favor of Canada

NAHB hopes the ruling could reignite softwood lumber talks between the United States and Canada.