HD and LOW, the tale of the Q2 tape

HD and LOW, the tale of the Q2 tape

Home Depot set a high bar on Tuesday, reporting comp-store sales of positive 25%. Lowe's answered the bell on Wednesday, seeing and raising the number to 35.1%.

These numbers -- both of which measured sales at stores open at least year in the U.S. -- were among the most remarkable from a pair of back-to-back earnings reports.

Marvin Ellison partially explained the record numbers. "Our financial results this quarter demonstrate that we've experienced unprecedented demand in many of our business categories due to customers spending more time at home during the COVID-19 pandemic," he said. His comments rang similar to those of Home Depot CEO Craig Menear made on the day before.

Both executives also praised the effort of the frontline employees during a tumultuous and uncertain social and business environment.

Tale of the tape:

The above dollar numbers set records at both retailers. Total sales at Home Depot grew by $7.3 billion, compared to the same quarter a year ago. Total sales at Lowe's grew by $6.3 billion. To put those numbers in perspective, consider that the combined sales growth of both companies ($13.6 billion) would rank third on the HBSDealer Top 300 Industry Scoreboard.

During the quarter, we saw customers take on projects throughout their homes. From deck building to painting projects, landscape work and home repairs due to increase wear and tear. Clearly our customers engaged with home improvement in a meaningful way.
Craig Menear

• Home Depot reported that sales that leveraged its digital platforms increased about 100% in the quarter. More than 60% of the time, customers opted to pick up their digital order inside the store.

• At lowes.com, sales grew 135%, increasing online penetration to 8% of sales.

Both companies reported DIY sales outpaced sales to the pro in the second quarter, though both were strong.

At Lowe's, all 15 departments generated positive comps exceeding 20%, according to Bill Boltz, the retailer's executive VP of merchandising.

Other stats from the two noteworthy earnings reports:

• Home Depot's big ticket comp transactions -- defined as transactions in excess of $1,000 -- increased 16% in the quarter. 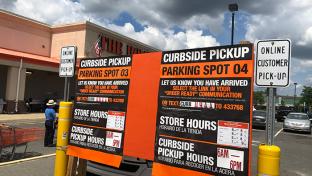 Home Depot blows Q2 out of the water 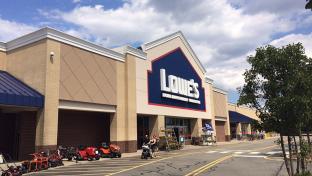 Lowe’s knocks Q2 out of the park

Not a misprint: 35% U.S. comp-store sales gain for the blue giant.