Throwback Thursday: An anniversary for the Moynihans

Throwback Thursday: An anniversary for the Moynihans

The Jan. 10, 2010 issue of Home Channel News, the forerunner of HBSDealer, featured a special report on milestone achievement in the lumber business. One of the high performers profiled; Moynihan Lumber of Reading, Mass., a three-location dealer which had officially crossed the half-century mark.

The three brothers – Jack, Michael and Gerard Moynihan – founded and nurtured a business that was inspired by their uncle John, who delivered lumber from horse-drawn wagons in the 1920s. Jack, Michael and Gerard, in 2016.
The article quotes Jack on one of the secrets to longevity: “If there’s one thing we’ve tried to instill in our people as we’ve grown, it is to reach out and allow them to own their job so that they feel confident in making their decisions,” Jack said. “And that has helped us tremendously over the years.”

The brothers’ work on behalf of their employees, their customers and their communities were subsequently recognized and celebrated by the Massachusetts Retail Lumber Dealers Association with lifetime achievement awards presented in 2016. 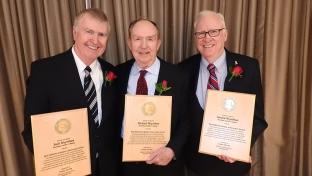 News
Accolades for the Brothers Moynihan 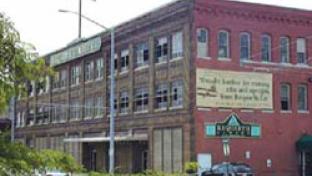