Stine Home & Yard will accept the prestigious Retailer of the Year Award during the 2014 Golden Hammer Awards Ceremony at this year’s National Hardware Show in Las Vegas on May 6.

Stine Home & Yard will accept the prestigious Retailer of the Year Award during the 2014 Golden Hammer Awards Ceremony at this year’s National Hardware Show in Las Vegas on May 6.

Stine ranks in the top 50 of the HCN Top 300 Retailer Scoreboard, and has shown an ability to grow sales year after year in competitive markets with a strong customer focus. Stine’s 12 large-format stores and drive-through lumberyards are popular stops for industry insiders looking for best practices.

David Stine, VP of marketing for the family owned retail company, said it was an honor to receive the award, which is a credit to the hard work of the company’s entire staff.

“As independents, we’re all in this together vying for our customers share of the business, and it’s getting more difficult every year,” said David Stine, VP of marketing for the Louisiana retailer. “Hopefully, our story will help others to fight the good fight to gain their share.”

The Retailer of the Year award recognizes “a retail company that has shown strong performance, embraces industry best practices and holds ambitious plans for the future.” Past winners include Lowe’s (2008), Home Depot (2006), Westlake Hardware (2011) and Rocky’s Ace Hardware (2013).

Stine and its executives are no strangers to awards. In 2013, CEO Dennis Stine was recognized by the North American Retail Hardware Association as a hardware industry “Top Gun.” In the same year, third-generation Jeremy Stine (son of David) was recognized as a Young Retailer of the Year.

The National Hardware Show runs May 6-8 at the Las Vegas Convention Center. The Golden Hammer Awards Ceremony is open to all attendees, and will take place at the LVH Hotel & Casino, adjacent to the convention center. Festivities kick off at 4:30 p.m. 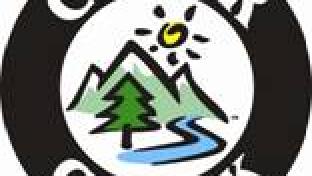