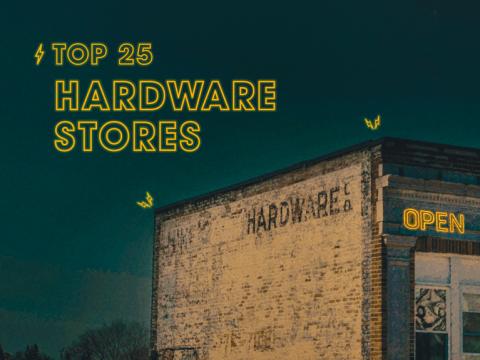 They don’t make hardware stores like they used to. They make them better.

They’ve got to be better.

Today’s successful hardware store faces competitive threats unlike anything our grandparents faced. For starters, there’s a $100 billion, 2,000 store home center giant that earned $2 billion in each of its first three quarters of its current fiscal year. Then there’s the digital disruption from Amazon.

Let’s not sugar coat it. HBSDealer keeps track of hardware store closings, and they are common. And the common refrain in local newspaper “exit interviews” with former owners is competition from the aforementioned hastened their demise.

Still, from the independent owners and operators around the country — in phone interviews, at trade shows, during store visits — a different story emerges: Hardware stores are not endangered, they are energized. Here are some of their stories:

And those that are thriving, appear to be playing with the same playbook:

Ranked by estimated sales, the following list of “Hardware Stores” updates a previous version published in 2007, and uses information from the Top 300 Industry Scoreboard. For the purposes of tracking the hardware store sector, here are some defining features, to be used carefully: