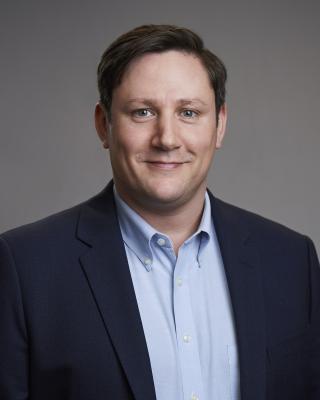 And in doing so, Bricker has solidified himself as a leader not only among his peers but also within the industry. At the buying group’s New Windsor office in Upstate New York, Bricker is often called upon to lead the charge when starting new projects and consistently employs process improvement strategies that have increased efficiencies.

Bricker also serves on several committees at LBM Advantage, including NextGen — a professional development program geared towards youthful, emerging leaders at the buying group — along with the Forest Products Committee.

The panel department manager says he determines success by the value he brings to customers. Apart from that, he measures success through the development of his colleagues. Bricker says he strongly believes in an engaged staff and works closely to ensure their short and long-term professional goals are reached.

“At LBM Advantage, we strongly believe in data-driven decisions and take a quantitative approach to our market strategy, Bricker said. “We proactively target the marketplace; we are not a reactive forest products division or cooperative. We accomplish this goal by leveraging our member’s collective volume by facilitating large-scale block buys to lower their costs.” 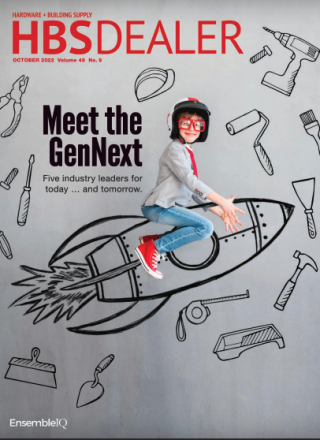 Read more about GenNext in the October 2022 digital Edition of HBSDealer.

A career in the LBM industry wasn’t originally on Bricker’s radar. But as a college student, a career involving financial markets appealed to him during a summer internship on Wall Street.

After graduating from John Jay College of Criminal Justice, and with six years of retail experience, Bricker was hired at ENAP (the predecessor of LBM Advantage) and found the competitiveness of commodity trading satisfying.

He quickly moved higher within the organization, first as an assistant trader, then trader, followed by panel department manager.

“A career in the LBM Industry can be really satisfying,” Bricker says.

During his tenure, Bricker says his greatest challenge has been market volatility over the past few years.

Bicker notes that unprecedented swings in prices have taught him many lessons and added perspective, which will aid him in the years to come. 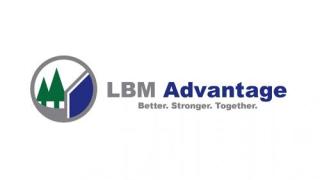 Aside from the many wonderful people in the industry, Bricker says he found commodity trading rewarding because it is competitive, face-paced, and analytical. To those considering a future in the industry, he says “go for it! The industry is filled with tremendous people, manufacturers, builders, and retailers.”

LBM Advantage is one of the nation’s largest lumber and building cooperatives with over 500 members and over 1,200 locations in 43 states.