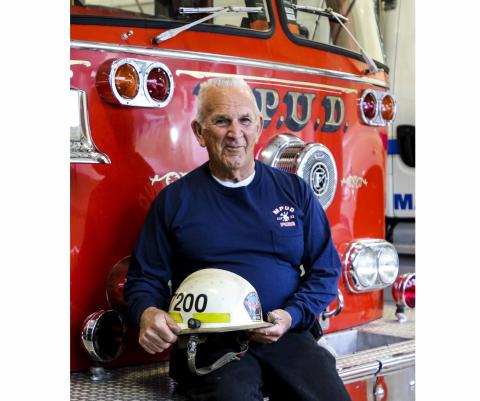 Jim Dulcich, retired fireman after 54 years, is the owner of Coast Hardware. Photo by Joanna Ransom.

He’s been putting out fires for 54 years as a Mariposa, California, town volunteer fireman. And now he’s retired.

So, he’ll just go back to handling his other job – owner of Coast Hardware, a Do it Best dealer, located in this town of 2,000, first settled in 1849 in the Gold Rush era, with Yosemite National Park in its backyard.

“My goal was to retire at age 70,” said Jim Dulcich recently over the phone to this HBSDealer editor.

Hardware customers coming in his store and emergency services “customers” he’s helped over the decades, cross paths, and are often one in the same.

In this small, historic California town, where John C. Fremont first laid out the streets – there are still no stoplights!

“There was a rescue we made down in a canyon, and we had to cut a lady out of a car,” he said. “It was near Briceburg toward Yosemite. She was coptered out. The pilot just happened to be flying there on another mission and lifted her out to safety.”

The woman is a regular customer at his hardware store and was at his recent retirement party. That’s just one example of how close the Mariposa community is.

“At another rescue,” said Dulcich, “we took a big ladder truck to the Merced River. There was a lady on her car and just the edge of the car was sticking up.

“We picked her right off the top of her car. The river was at flood stage so doing that saved divers from going into the water, which is an even more dangerous situation,” he said. 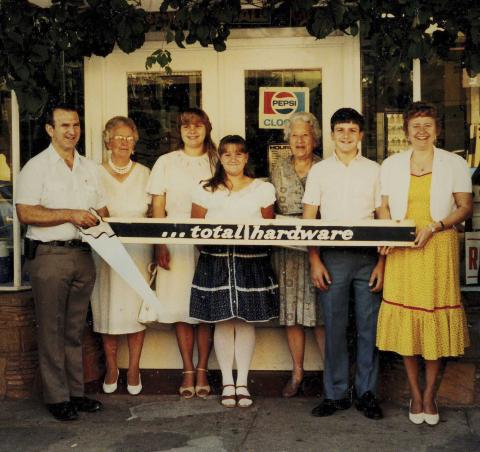 The retired fireman must pause to help a hardware customer for a moment but then comes right back on the line.

Coast Hardware started in 1984, he said. “I took over from my parents who owned the building and had run it as a grocery store.”

He served as a fireman much longer.

So how did he juggle both jobs?

“More than once I dropped everything and went out on calls and left the store to my staff to run.”

He said his daughter Heidi is the manager and she grew up in the grocery store. “She went off at one point and worked at Coast-to-Coast Hardware. They got bought out. We joined Do it Best, which was called Hardware Wholesalers then, about the year 2000.”

Speaking about his job as a fireman, daughter Heidi said, “He loved it. He was a volunteer for 54 years. That was our life.”

About running the hardware business at the same time, she said, “we’re firefighter daughters, we had to take over in the store when he had to go. One example, we were re-painting our store floors when he had to run to a fire, so my sister and I had to finish it ourselves.” 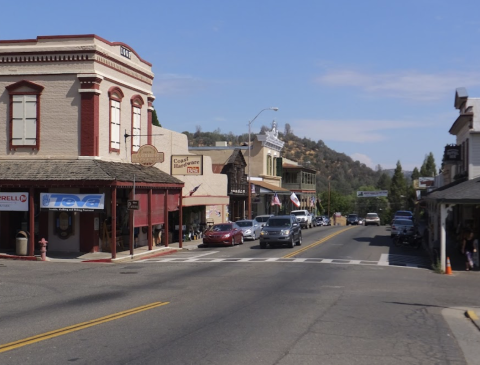 Coast Hardware is in Mariposa, California, once a gold boom town in the 1850s. Owner Jim Dulcich, who was a volunteer fireman for 54 years, just retired. Note no stoplights in town.

Today people come into the store and recognize Jim for his dedication through the years. His daughter said he’s not the type of person who seeks the recognition. “They had to make him come to his retirement party.”

Dulcich said about his fire career, “I was a fireman so long, I’ve known kids of kids. There’s nobody in the fire service today who joined when I wasn’t already a fireman.”

Mariposa town is an all-volunteer fire service but that changed July 1 when, he said, it merged into Mariposa County Fire Department.

“It’s a good career,” Dulcich said, reflective for a moment, then added this note about fire service, “if you work for California Forestry, you might be gone for a month at a time. Something to think about if you have a family.”

Heidi said, “customers come into the hardware store today and thank him all the time. Like I said it was our life. He was on call for 54 years.”