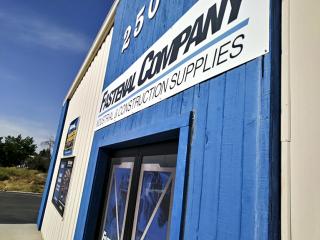 The U.S. Department of Labor and Fastenal Co. have agreed to resolve alleged systemic gender-based hiring discrimination that affected 483 female job applicants at its High Point facility from Dec. 7, 2016 through July 31, 2018.

A routine compliance investigation by the department’s Office of Federal Contract Compliance Programs found the industrial and construction supply distributor violated Executive Order 11246 in its hiring of laborer and helper positions. Fastenal provides services under contract to the Department of the Air Force.

Fastenal will pay $168,000 in back wages and interest to the affected applicants and make 24 job offers, as positions become available. In its conciliation agreement, the company has also agreed to ensure that its selection process, personnel practices and hiring policies are free from discrimination, and its recordkeeping methods meet legal requirements.

“Federal contractors must ensure that their employment practices do not discriminate on the basis of race, color, religion, sex, sexual orientation, gender identity or national origin,” said Office of Federal Contract Compliance Programs Southeast Regional Director Aida Collins in Atlanta. “By reaching this agreement with the U.S. Department of Labor, Fastenal Co. has demonstrated it is committed to resolving the issues raised and ensuring that measures are in place to provide equal employment opportunities.”

Based in Winona, Minnesota, Fastenal Co. sells and distributes fasteners, tools, safety equipment and janitorial supplies primarily in North America, and in Asia, Europe, and Central and South America. It also has 14 regional distribution centers.