Nixon and Elvis did not make the list of famous customers served by readers.

The latest HBSDealer poll question asked readers a simple question: "Who is the most famous customer of your business?"

One reader's business served Aerosmith lead singer Steven Tyler. The rock star "called one of my sales reps, who was an old timer and didn’t know who [Tyler] was. So Steven Tyler tells him, 'I’m Steven Tyler, the singer from Aerosmith. You know, the guy with the lips!'"

In Dallas, Elliott's Hardware counts as shoppers both George W. Bush and his mother, Barbara. A partial list of others includes Tom Landry, Ross Perot, Randy Travis and Don Henley. (Plus, too many Dallas Cowboys and Dallas Mavericks to mention.)

Here's a partial list of famous customers served by readers:

One reader responded with a winning line shared by many: "All of our customers are to be treated like a famous person."

You can still share your famous-customer story at [email protected]. 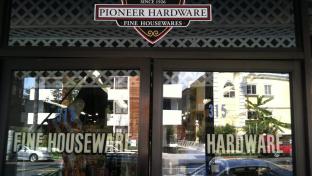 Classic store delivers home improvement to the stars, and others. 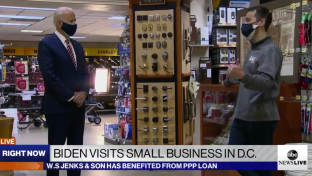 With a PPP message, the president visited W.S. Jenks & Son in Washington.