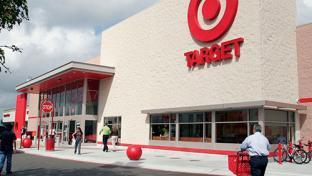 Target plans to hire 100,000 seaonal employees for the holidays.

Target and Walmart have both announced big hiring pushes for the holiday season.

Target said it expects to hire up to 100,000 seasonal workers in stores and supply chain facilities this year. It is the same number of seasonal associates that Target hired for the 2021 holiday season. Similar to last year, the retailer said it will first work with its current employees to set their holiday schedules.

Earlier this year, Target announced a new starting wage range of $15 to $24 an hour. The retail giant noted that, on average, more than 30% of seasonal hires stay on after the holiday season.

Target announced its holiday hiring plans days after rival Walmart said it expects to hire about 40,000 workers for the holidays.

Walmart said it will offer extra hours to current in-store employees who want them.

Walmart’s seasonal hiring plans are much smaller than last year when the company said it planned to hire approximately 150,000  U.S. store associates in time for the holiday season, with most of the roles permanent, full-time positions. In addition, Walmart's 2021 plans included hiring 20,000 supply chain workers.

Walmart’s average U.S. wage is now more than $17 an hour. During the last several months, the company has raised pay in areas ranging from pharmacy technicians to truck drivers.

(This information was first reported on HBSDealer’s sister site, Chainstoreage.com.)