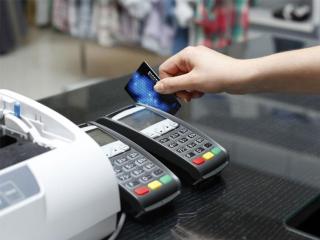 Overall retail sales (includes gasoline stations and restaurants) rose 1% in June from May, reported the U.S. Census Bureau. Here's the reaction of some industry experts.

David Silverman, senior director, Fitch:
"Despite market concerns the consumer is still shopping, according to June’s retail sales figures, although the volume of goods purchased is plateauing with inflation close to the 8% growth in retail sales from June 2021. The continued shift toward pre-pandemic consumer behavior continues, with restaurants and bars performing particularly well, while apparel and electronics were flat or down.”

Fitch expects continued choppiness amongst retailers through 2022, particularly those who planned for higher sales volumes and will need to clear excess inventory and cut expenses to protect earnings. We’ve seen companies like Target, Kohl’s, the Gap, and Bed Bath and Beyond reduce guidance, with some changing senior management teams. This dynamic is likely to continue as 2022 plays out."

“Additionally, consumers are also beginning their back-to-school shopping, according to our forthcoming survey, so those additional purchases could be enough to continue to lift sales. Also, consumers are continuing to return to the office, and the excitement continues to grow for the summer weather. “

“Restaurants are continuing their outdoor dining concept, and the eatertainment concept is booming. Theaters and music venues foot traffic soared 23.8 percent month-over-month, as stated by Placer.ai. We can expect retail sales to continue to rise next month as more parents will continue to shop for back-to-school.”

Ted Rossman, senior industry analyst, Bankrate.com:
“While retail sales seemingly grew 8.4% from June 2021 to June 2022, this feels like an inflation story to me. According to the latest CPI report, headline inflation was 9.1% during the period, the highest rate in more than 40 years. Adjusted for inflation, retail sales actually fell over the past year.”

“Gas stations led the way with a 49% year-over-year increase in sales, which is very much an inflation story. Miscellaneous stores were next, at 15.1 percent, followed by bars and restaurants with a 13.4% year-over-year gain. That’s a silver lining, since dining out is a discretionary expense that would be easy to cut back on. And that growth rate is almost double the inflation rate for the category. Still, year-over-year bar and restaurant sales growth dropped from 17.6% in May to 13.4% in June, so we may be seeing early signs of a pullback.”

“Overall, this is a decent report. It could be a lot worse, but it indicates that consumer spending has grown less robust, a rational response given the many economic concerns that Americans are currently facing.”

Declines in apparel and department store spending indicate that consumers are tightening their belts in some areas as they manage through this difficult period.”