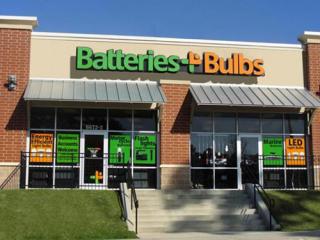 The nation’s largest battery, light bulb, key fob and phone repair franchise is on a roll.

Heading into 2022, Batteries Plus has set new company goals to sign an additional 60 stores this year while opening another 55 across the country by year’s end. Target development markets for the brand in 2022 are centered on a growing presence in the Northeast, specifically from Philadelphia to Boston, and Southern California.

Batteries Plus opened 22 stores in 2021 and had a total of 88 signings through multi-unit agreements and organic growth with current franchisees. Included in the 88 new store agreements were many multi-unit signings including a 10-unit signing for Nevada and Utah, another 10-unit deal in Texas and Louisiana, an eight-unit signing in Atlanta – which officially sold out the market - and a three-unit signing in Long Island along with numerous other agreements which will expand the brand in Vermont, California, Arkansas, Georgia, Texas and Illinois.

“The past year saw the Batteries Plus franchise reach a rate of growth the likes of which our brand had never before experienced including store signings, openings and even corporate team growth,” said Scott Williams, CEO of Batteries Plus, which has more than 800 store locations in operation and development nationwide. “As a result, our company is better positioned for the future and able to grow alongside the expanding demand for specialty products and services.”