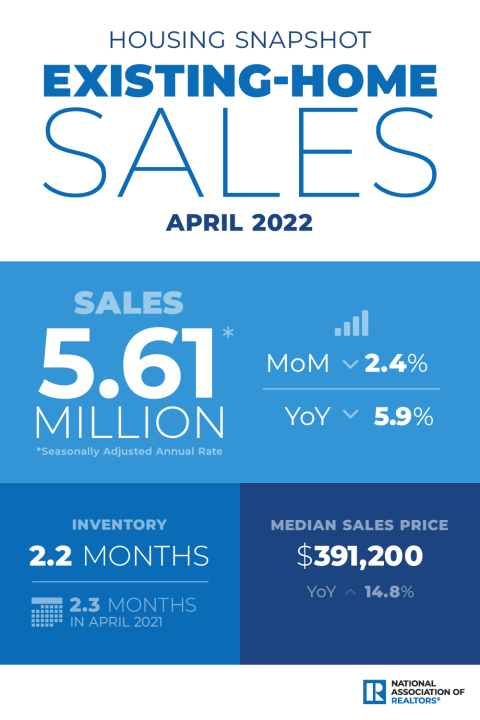 A snapshot of April's existing-home sales metrics from the National Association of Realtors.

The National Association of Realtors reports that existing-home sales fell for a third straight month.

“Higher home prices and sharply higher mortgage rates have reduced buyer activity,” said Lawrence Yun, NAR’s chief economist. “It looks like more declines are imminent in the upcoming months, and we’ll likely return to the pre-pandemic home sales activity after the remarkable surge over the past two years.”

“Housing supply has started to improve, albeit at an extremely sluggish pace,” said Yun.

But Yun also notes that while sales are coming down, listed homes are still selling swiftly with prices remaining much higher than a year ago.