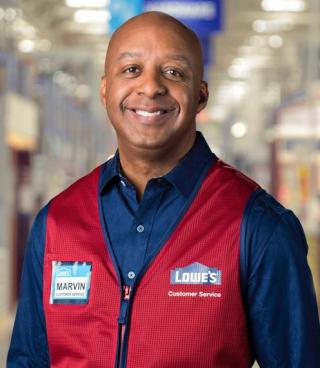 Lowe's announced that its board of directors has elected President and CEO Marvin Ellison to the additional role of chairman of the board.

The move is effective immediately, the company said. Ellison succeeds Richard Dreiling, who has shifted from the role of chairman to lead independent director. Prior to the move, Ellison served as a director on Lowe’s board.

"Marvin has demonstrated exceptional leadership at Lowe's since his appointment three years ago and has built an extremely talented team," Dreiling said in a prepared statement issued by the home improvement retailer. "He has been the driving force behind the company's successful transformation into a world-class, omnichannel retailer that provides outstanding customer experiences, is a great place for associates to work and consistently delivers value for our shareholders.”

Dreiling also noted that Ellison guided Lowe's through the pandemic and continued to deliver for associates and the communities that Lowe’s serves.. “The board is confident Lowe's remains well-positioned for continued success, and we look forward to working with Marvin in this expanded capacity," Dreiling said.

Ellison joined Lowe's in July 2018 as president, CEO and director, and has over 35 years of industry experience. Before joining Lowe's, Ellison served as chairman and CEO of J.C. Penney Co. Before that, Ellison spent 12 years in senior-level operations roles with The Home Depot Inc., including serving as its executive vice president of U.S. stores.

"I am honored to have the confidence of the board and to take on this additional responsibility at such an exciting time for Lowe's," Ellison said. "We have made great strides in transforming the business, and our improved operating capabilities and enhanced technology infrastructure enable us to capitalize on a constantly evolving business environment.”

Ellison continued, "Rick has brought valuable perspective to our board over the last nine years. On behalf of the board, we thank him for his leadership and look forward to continuing to benefit from his vast retail experience and operations expertise."