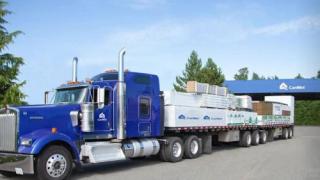 The Vancouver, British Columbia-based building materials distributor has acquired all of the assets of the Hixson Lumber Sales group of companies for approximately $375 million in cash, including inventory.

Hixson is a wholesale and manufacturing company of lumber and treated lumber operating in the Central United States.

Based in Dallas, Texas, Hixson operates through 19 locations located in 8 U.S. states. Operations include  19 lumber treating plants, five specialty sawmills and its own trucking fleet, and services and delivers products in approximately 25 states primarily in the central United States.

“The Transaction is a great complement to our existing U.S. operations while further advancing our growth strategy and developing a leadership position in the central corridor of the U.S., in areas such as Texas that continue to have extremely strong growth activity,” said Amar Doman, chairman and CEO of Doman.

With the transaction, Doman’s U.S. footprint now extends from the West Coast and Hawaii across the mainland and into several high-growth states in the middle of the US. The company operates 32 treating plants across its system, including Southern Yellow Pine building materials.”

The transaction will combine Hixson’s operations with Doman's growing North American platform, which includes the California Cascade and Honsador groups of companies.