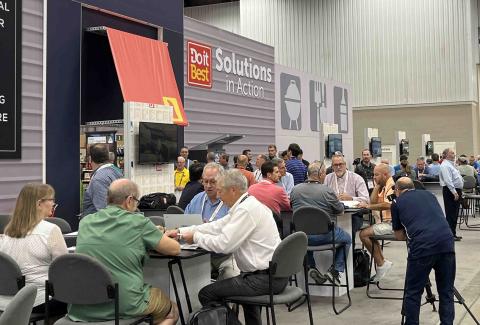 Do it Best, at the halfway point in its fiscal year, announced that company net profit is up 10%, reaching $85.3 million with $2.5 billion in sales reported through December 2022.

“After two straight years of phenomenal sales and member growth, we’ve continued our momentum, adding 305 new members and beating our aggressive growth plan by over 4%,” said Dan Starr, president and CEO at Do it Best.

That number, 305, represents member acquisitions and new store expansions, the member-owned cooperative said, as well as competitive conversions and those new to the industry as first-time owners.

In a recent letter to Do it Best member-owners, Starr recapped the company’s midyear performance and highlighted a few recent achievements in driving the business forward.

“As I’ve shared before, expanding member business is a cornerstone of our growth. We approach this in several ways: Helping members increase sales within their businesses, helping them open additional locations, and attracting and adding more members to Do it Best,” he said.

And that pace isn’t slowing. 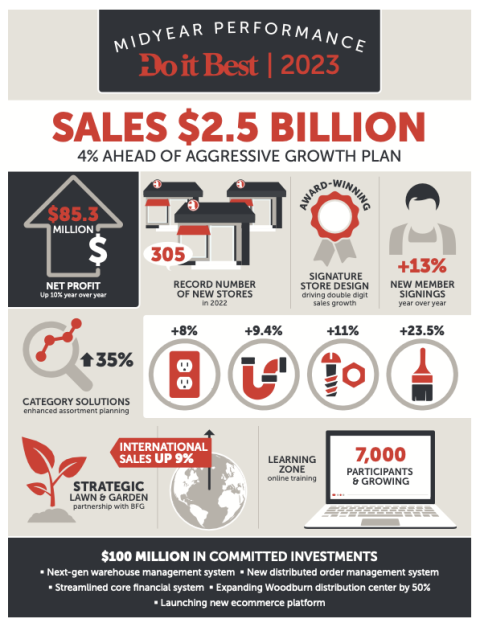 Starr said that “new member signings are already up 13% and we’re continuing to support current member growth through our ‘Gear Up 4 Growth’ initiatives.”

The CEO said that through rebate advances, preference share redemption, and considerable incentives for major store improvement projects, “Do it Best is helping members expand their businesses at a breakneck pace.”

To sustain that level of store growth, the company is continuing to make major investments in the infrastructure necessary to support store owners’ needs.

“These great bottom line results are due to a variety of initiatives the Do it Best team has been leading to ensure we’re always our members’ first and best choice,” said Starr.

Do it Best also announced they are expanding capacity in their warehouse network, starting with their Woodburn, Oregon distribution center.

“We’ve already broken ground on what will ultimately increase space there by 50%,” said Starr.

“We’re committed to building and maintaining facilities, equipment, and systems to support our members’ growth. The Woodburn expansion is an example of just one of the over $100 million in investments that are either in progress or planned to ensure we’re meeting owners’ needs,” he said.

On the e-commerce front, Starr said “at this spring market in Orlando from March 11-13, we’ll be introducing the enhancements we’re making to drive more traffic from online into Do it Best stores in record time.”

Also, in his statement, the CEO said he likes where the company is at fiscal midpoint and is bullish on what the second half holds for their members.

“We’ve made substantial progress in our investments to strengthen the engine that drives efficiency and increases sales,” said Starr.