“This new executive leadership structure better supports the transformational change we are driving through the organization, leverages the industry and managerial experience of the executives that have recently joined Huttig across the entire company, and aligns the Huttig-Grip Division with our corporate structure and field operations,” Jon Vrabely, Huttig president and CEO, said in a prepared statement. 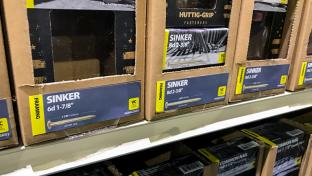