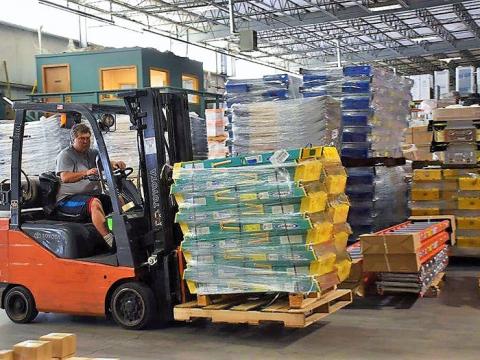 Knoxville, Tenn.-based distributor House-Hasson Hardware is expanding, thanks to the acquisition of inventory and key salespeople from the now defunct Hardware Distribution Warehouses.

According to House-Hasson, the new hires and the $2.5 million purchase of HDW inventory are generating a 100,000 square-foot expansion of House-Hasson’s Knoxville, Tenn., headquarters. The moves are also bringing House-Hasson new customers in several U.S. states, the company said.

The combined cost will be about $10 million for the Hardware Distribution Warehouse (HDW) inventory and Knoxville warehouse expansion to 500,000 square feet, said Don Hasson, president of House-Hasson Hardware.

“We’ve added eight former HDW salesmen, which is growing our customer base in Texas, Louisiana  and Arkansas,” Hasson said. “With their territorial knowledge and our focus on store dealer profitability, they’re having an immediate impact; we’ve quickly added 200 new hardware store and lumberyard customers.”

The Knoxville’s warehouse is expected to be completed in summer 2019. Until then, the HDW inventory will be split between Knoxville and Prichard.

Hasson said additional warehouse employees and truck drivers are needed at the Knoxville warehouse, located on Water Plant Road in the Forks of the River Industrial Park. House-Hasson has 366 employees in Knoxville (up from 342 in 2018), and about 100 in Prichard.

“Last year’s Prichard expansion is serving us well because it’s better able to serve our customers in Pennsylvania, Ohio, and other states to the north,” Hasson said. “As our customer base grows in the west, we may look at a distribution center somewhere in that region, but that’s not in our plans at the moment.”

“HDW was in many cases a secondary supplier to dealers, but House-Hasson can be their primary supplier, which saves them time and money,” McCutcheon said. House-Hasson has over they years purchased all or part of six hardware and lumberyard distribution companies, Hasson said. Industry consolidation has left only a handful of competing distributors.

The outlook for the hardware and lumberyard business remains strong, Hasson said. “Our customers sell things people will always need,” he said. “It’s like the grocery business, people aren’t going to quit buying groceries and they’re not going to stop buying the things found in hardware stores. It’s generally stable regardless of economy.”

House-Hasson Hardware serves some 2,500 customers in 22 states and the Caribbean.
Advertisement