Do it Best will stick with Indianapolis

Do it Best will stick with Indianapolis

Indianapolis -- Like most co-op markets or conventions, the Do it Best Corp. spring and fall markets play oversized roles in the co-op's success -- not only as a wholesale sales generator, but also as a networking and educational event to drive the collective business forward.

So when about a year ago former CEO Bob Taylor asked for a top-to-bottom review of the Do it Best markets, the co-op examined the status quo from every conceivable angle -- including frequency, length, location, focus, and timing.

Some things will change, some won't, according to VP of Maketing Rich Lynch, who described the process and the findings during the Do it Best Fall Market Kickoff here.

First of all, two markets a year make sense, he said. They allow for focus on the two key selling opportunities and two key seasons. And the education and networking built into the markets are important enough to organize twice a year, at least.

Secondly, after considering moving the market around the country to other host cities, Do it Best will continue to visit Indianapolis twice a year.

"Indianapolis is a great place to hold markets," Lynch said. "It's affordable, inexepensive, clean, safe and it has world-class facilities. We looked seriously at the possibility of moving to other cities, but it would increase the costs by a bunch, and it wouldn't necessarily improve the markets."

Two other major findings are bringing changes to how the co-op organizes its markets. Most immediately, the 2016 Fall Market adjusted the timing of its Market Kickoff presentation -- moved from Saturday morning to Friday afternoon, to make it more of a "kick off" in a chronological sense. Other show enhancements include moving the Merchandising Preview to Saturday morning to generate additional member excitement prior to the official opening of the market floor; and expanding networking opportunities for LBM members on Friday with both an LBM Industry Update luncheon and evening LBM Reception.

The review also found that the timing of the markets in May and October needs to be changed. They will be held earlier in the season beginning in 2020. The May time frame was especially challenging because it disrupts a busy business period for store owners (not to mention busy school calendars). The announcement that the co-op would hold its events earlier in the year generated spontaneous applause from the dealers in attendance. 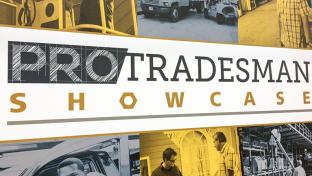 News
Do it Best hammers away at growth

News
Do it Best builds business in Indy